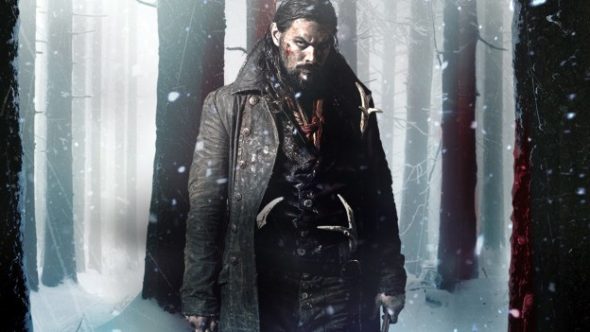 It looks like Netflix is leaving the wilderness. Frontier star Jessica Matten recently revealed the TV show has been cancelled after three seasons.

The historical drama, which airs on Netflix in the U.S., centers on the rough and often violent North American fur trade of the late 18th century. The cast includes Jason Momoa, Alun Armstrong, Zoe Boyle, and Landon Liboiron.

During a recent episode of the podcast Canadians Talking Sh*t, Matten revealed Frontier will not return for a fourth season despite earlier reports. Netflix has not yet confirmed the show’s cancellation.

What do you think? Are you a fan of Frontier? Would you have watched a fourth season?

Yes, it is a great story with strong characters. There should be another season.

Yes I would very much like to see a Fourth Season of Frontier. I would like to see Jason’s character be able to reunite with his lost son and have a happy ending with Ms. Emery.