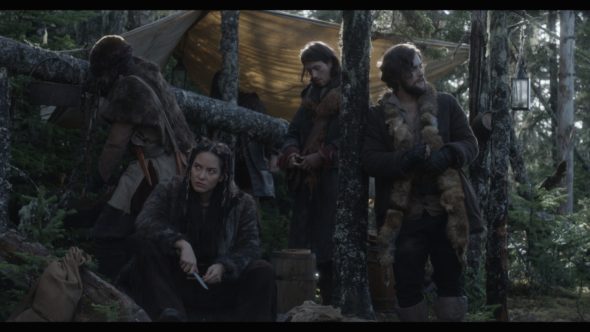 Have Declan Harp and Lord Benton destroyed each other? Is the Frontier TV show cancelled or renewed for a third season on Netflix? The television vulture is watching all the latest TV cancellation and renewal news, so this page is the place to track the status of Frontier, season three. Bookmark it, or subscribe for the latest updates. Remember, the television vulture is watching your shows. Are you?

Fans can rest easy this time out, while I seek my supper, elsewhere. Frontier is already renewed for a third season, on Netflix and Discovery Canada (where it originates). I’ll keep an eye on the trades for the premiere date and any breaking news, so subscribe for free Frontier alerts.

What do you think? Are you happy Netflix renewed its Frontier TV series for season three? How would you feel if they had cancelled this TV series, instead?