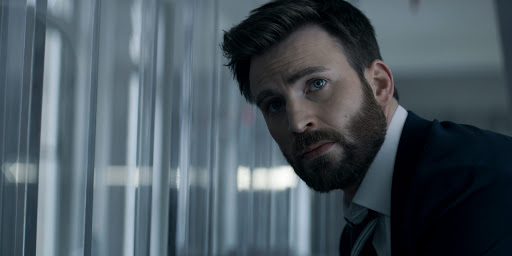 Defending Jacob is coming soon to Apple TV+, and the streaming service has now released a trailer for the series. Chris Evans stars in this new drama, which is based on a 2012 novel. He is joined by Michelle Dockery, Jaeden Martell, Cherry Jones, Pablo Schreiber, Sakina Jaffrey, Betty Gabriel, and J.K. Simmons.

Apple TV+ revealed the following about the new series:

“In this gripping, character-driven thriller, a shocking crime rocks a small Massachusetts town and one family in particular, forcing an assistant district attorney to choose between his sworn duty to uphold justice and his unconditional love for his son.”

Defending Jacob will premiere on April 24. Check out the trailer released for the series below.

This is a great F…ing show!!! Very thrilling and nail biting…Can’t wait for the last five episodes! Evans is fantastic in it as well as the rest of the crew.