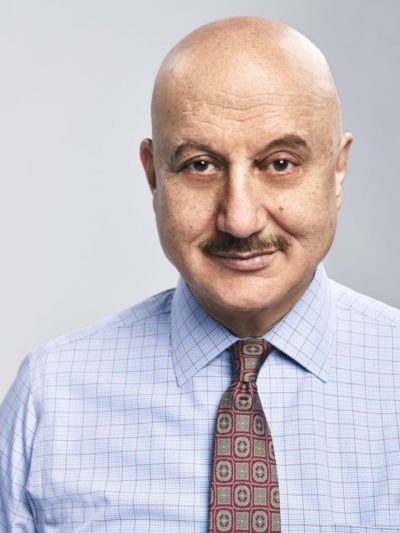 New Amsterdam has lost one of its series regulars — actor Anupam Kher has departed the NBC series. It was revealed on Tuesday night’s episode that his Dr. Vijay Kapoor character had resigned from his position at the hospital. Kher has portrayed Dr. Kapoor since the series premiered in 2018.

His exit was announced only days after the actor revealed his wife, actress Kirron Kher, has a rare form of blood cancer. He said the following, per Deadline:

“Kirron has been diagnosed with multiple myeloma, a type of blood cancer. She is currently undergoing treatment and we are sure she will come out of this stronger than before. We are very blessed that she is being looked after by a phenomenal set of doctors.”

Ryan Eggold, Freema Agyeman, Janet Montgomery, Jocko Sims, and Tyler Labine star in the drama which follows the lives and work of the staff of New Amsterdam Medical Center. New Amsterdam airs on Tuesday nights on NBC. The series has already been renewed through season five by the network.

What do you think? Are you a fan of New Amsterdam on NBC? Will you miss seeing Kher on the show?

Im a big fan and will really miss dr kapoor. But i hope his wife will be fine

yes i liked dr. Kapoor i will miss seeing him on the show i wish his wife a quick recovery ,and hope her cancer treatments go well

I will miss seeing dr. Kapoor very much I think he is a great actor and he brought a sense of humor to the show!

We’re So sad to hear Dr Kapoor won’t be continuing on the show and that his wife is very ill. Our hearts are with them. We loved his acting and the story line.
New Amsterdam is the best show on TV. We’re So happy the network realizes they have a great show too! We’ll be watching!

We sure will. But totally understand that being there fir his wife is the most important thing. All the best ❣️