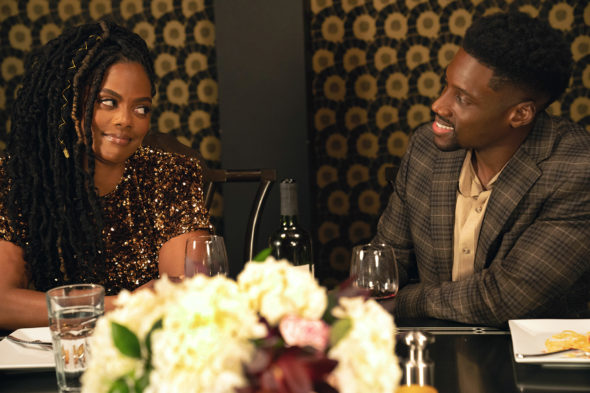 Tyler Perry’s Sistas will air its midseason finale on Wednesday night, and BET has already announced the premiere date for the second half of season four. The comedy-drama series will return in June.

BET revealed the following about the return of the series:

“In anticipation of the midseason finale of Tyler Perry’s Sistas airing Wednesday, March 16 starting at 9 PM ET/PT on BET and BET Her, the Network confirms the midseason premiere of “Sistas” season four to return Wednesday, June 29. BET and Tyler Perry Studios continue to reign with the #1 scripted series on cable with African Americans 18-49 for the last two consecutive seasons.* “Sistas” season four averages 1.6 Million total Live+3 viewers on BET and BET Her every week.

The one-hour drama follows a group of single Black females as they navigate their “complicated love life,” careers, and friendship through the ups and downs of living in a modern world of social media and unrealistic relationship goals. Tyler Perry takes viewers on an exhilarating ride of emotions and gut-busting predicaments that will test the ladies’ long-standing friendship. This band of women, intertwined with their newfound relationships, must navigate this new-age dating scene as they continue to search for love in their 30s.”

What do you think? Are you a fan of this BET drama? Do you plan to watch the rest of season four? Do you want a fifth season of Tyler Perry’s Sistas?

Yes, I’ve watched season 3 and is looking forward to watching season 4 of the show.

I agree ..too long to wait ..I look forward to Wednesday for this show

Love love love the show. Can’t wait until it returns in June. Tyler Perry this show is on & popping

I am so glad Sistas is not being canceled. I love this show

I totally love Sistas….
I have a weekly Sistas party at my house.
We are over 60+ females.
And wee love Tyler and his Sistas case.

I love what I see looks beautiful can’t wait

In the beginning of sistas they were working out in the gym. But now TP doesn’t write that in.

Zee, you are right, most of my friends watch the show, now I do too. Change the age please. 18 and up.