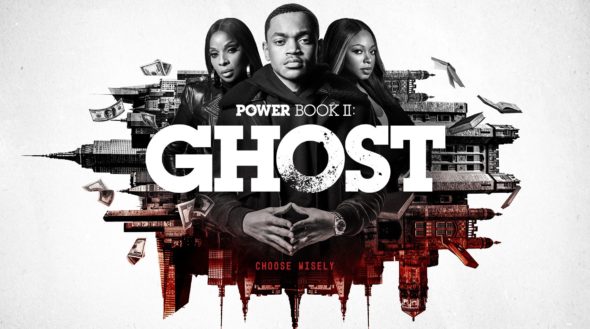 Power Book II: Ghost is adding three to the cast for the drama’s third season. Gbenga Akinnagbe, Kyle Vincent Terry, and Caroline Chikezie will recur on the Starz series.

Deadline revealed the following about the roles the new additions will play on the Starz series:

“Akinnagbe will play Ron Samuel Jenkins aka RSJ, a Howard University and Harvard Business School alum who grew up working class and built his own legitimate empire that has firmly entrenched him among the business elite.

Terry will portray Obi, a young man schooled in Britain who knows his way around a gun, but is equally comfortable in a boardroom.

Chikezie is Noma, a worldly and powerful woman with a regal presence who has built her wealth with an illicit global empire and is not afraid to protect it by any means necessary.”

What do you think? Have you watched the Power Book II: Ghost TV show on Starz?

I’m glad the show has renewed.