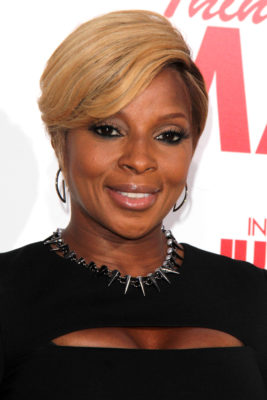 From Courtney A. Kemp and Curtis “50 Cent” Jackson, the Power sequel series will “continue the journey of some of ‘Power’s’ most controversial characters.”

“We have alluded previously to various spin-offs, prequels and other expansions of the ‘Power’ Universe,” Kemp and Jackson said during the network’s “Power” panel. “Today we are pleased to announce that we are in pre-production on the first of what we know will be a collection of series inspired by the dynamic world of ‘Power.’ ‘Power Book II: Ghost’ will continue the journey of some of ‘Power’s’ most controversial characters. Joining the cast of the new series and the ‘Power’ family, please welcome world-renowned recording artist and Oscar nominee Mary J. Blige.”

Also announced during the TCA session, “Power” season six will be broadcast in two parts. The 10-episode Part I will debut as previously announced on Sunday, August 25th. Part II, which will consist of the final five episodes, will debut in January.

STARZ will also air “Power Confidential,” the exclusive companion piece to the ultimate season of STARZ #1 hit series “Power.” The after-show will air immediately following the premiere of each new episode of “Power.” “Power Confidential” will highlight the most memorable and jaw-dropping moments from that week’s episode, provide exclusive behind-the-scenes insights and give viewers a taste of what’s to come. The cast and creators of “Power” will be joined by celebrity fans and surprise guests.

Blige signed an exclusive first-look television deal with global content leader Lionsgate (NYSE: LGF.A, LGF.B) in June 2019 to develop and produce television series under her newly-launched Blue Butterfly productions. The multifaceted singer-songwriter-actress will also have the opportunity to create content across Lionsgate’s array of business platforms.

What do you think? Are you a fan of Power? Will you watch the sequel series?

Ghost can’t be dead. I’m seriously thinking about not watching without Ghost

I enjoyed Power, just like everyone else. Why was the show ending so soon. Is thar”s how it was supposed to be, or was it something else. there was many ways the show could have continued. I was shocked when I found out it was ending. I will just haveto wait for the new one.. I know you and 50 cent can come up with another one!

Power is my favorite show. I’m a retired 65 year old retired engineer. Courtney and 50 cent created a winner. Can’t wait till it comes on every week to see what craziness will happen next. Keep it coming Courtney, it’s without doubt a fabulous show.

Not sure if im watching without Tommy

Not watching without Ghost and Tommy

I love this show, was my favorite hate to see it gone, I was not going to watch without that fine Ghost, but I’m so curses to see what will happen that I will watch.