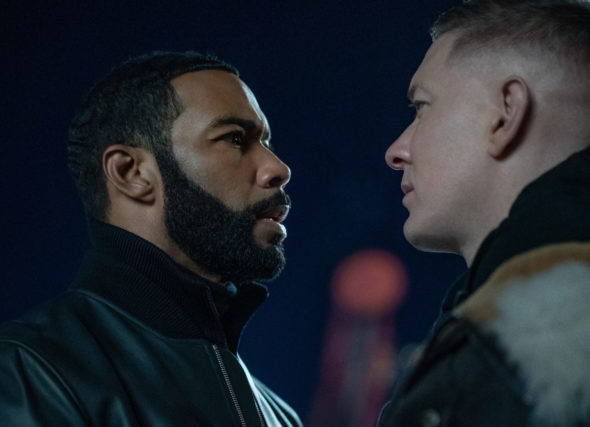 Power aired its finale on Starz on Sunday, but fans have not seen the last of the Power universe on the cable network. One sequel series was already announced, and three more were announced on Sunday.

Starz revealed more about the the expansion of the Power universe in a press release. Check that out below.

“Power has been one of the most successful series in premium pay television during its six-year run, garnering more than 10 million multiplatform views in its last two seasons.

With the launch of the expanded Power Universe, all of the new Power series will be available exclusively across Starz’ global footprint on its international platform STARZPLAY, giving subscribers worldwide access to episodes day and date with the U.S. for the first time.

“In television history, only a select few shows have inspired four consecutive series extensions, launched into active production and development at the same time,” said Jeffrey Hirsch, President and CEO of Starz. “These new and exciting chapters will continue the journey of some of Power’s most controversial characters while featuring a growing ensemble of complex, distinct characters along with the high-octane drama that set Power in a class of its own.”

In addition to the previously announced POWER BOOK II: GHOST, which will pick up where the original series leaves off, starring world-renowned recording artist and Oscar(R) nominee Mary J. Blige, Method Man and several members of the original “Power” cast, a prequel and two spinoff sequels have been greenlit. All four series will be produced by Lionsgate Television.

POWER BOOK III: RAISING KANAN – the prequel story that takes viewers back to the ’90s and the early years of iconic “Power” character Kanan Stark.

POWER BOOK V: FORCE in which fans will ride along with Tommy Egan (played by Joseph Sikora) after he cuts ties and puts New York in his rearview mirror for good.

The Power series are executive produced by series creator and showrunner Courtney A. Kemp through her company End of Episode, and Curtis “50 Cent” Jackson through his G-Unit Film and Television. Also serving as executive producers on the series are Mark Canton through his Atmosphere Entertainment MM, End of Episode’s Chris Salek and Danielle DeJesus, Shana Stein and Bart Wenrich. Lionsgate TV produces the series for STARZ.”

Starz also released a trailer for Power Book II: Ghost, which teases the expansion of the universe. Check that out now.

What do you think? Are you happy to see the Power universe expanding?

I diffinitely will look forward to seeing the new episodes. Power is the only reason I purchased STARZ on cable. Will be canceling until the return of Power!!!!

Yes
Will continue to follow the success of this great series as long as it can continue the momentum and interest (story line and characters) as the original series.
Congratulations to all the writers, producers and actors.

I love Power. I enjoy watch it.