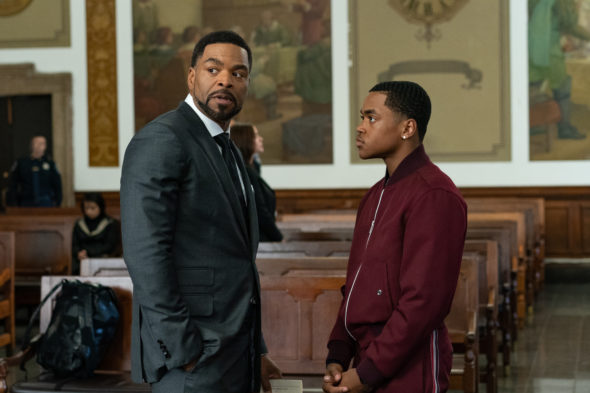 Tariq’s life isn’t going to get any easier. Starz has renewed the Power Book II: Ghost TV series for a second season.

A crime drama series, Power Book II: Ghost is a spin-off of the Power TV series and picks up days after the finale. Ghost stars Michael Rainey Jr., Naturi Naughton, Mary J. Blige, Clifford “Method Man” Smith, Daniel Bellomy, Gianni Paolo, Justin McManus, LaToya Tonodeo, Lovell Adams-Gray, Melanie Liburd, Paige Hurd, Quincy Tyler Bernstine, Shane Johnson, Woody McClain, and Sherri Saum. In the story, Tariq St. Patrick (Rainey Jr.) is a freshman at Stansfield University with a bright future ahead of him. He would be the embodiment of his father’s dreams, if not for the double life he’s living. With his mother, Tasha (Naughton), in jail for the murder of his father, Tariq is forced to split his time between school and hustling to pay for Davis MacLean (Smith), the fame-hungry defense lawyer. With no better options, Tariq turns to the familiar drug game, entangling himself with a cutthroat family headed by Monet Stewart Tejada (Blige).

The first season of Power Book II: Ghost averages a 0.19 rating in the 18-49 demographic and 593,000 viewers in live+same day ratings. Three episodes have aired thus far but the series is the cable channel’s highest-rated current series.

What do you think? Do you like the Power Book II: Ghost TV series? Will you be watching season two on Starz?

Absolutely DO NOT enjoy the Book II power story. Power I was absolutely enteretaining and enjoyable to watch. Do not like what is done to the Tariq character. Do like Mary tho but in another storyline. Will not watch again in its current form.

Yes it sucks! Miss Ghost! Won’t be wasting anymore time with it.

I watched several seasons of Power. Power II does not hold a candle to Power I. There are so many twists and turns in Power II, the plot is not plausible. Tariq gets drugged at a party, a locating device is put on his phone, which was done by ADA Sax’s niece. They trace Tariq to a cemetery where he, in a drugged stupor, confesses to the killing of his father?! Oh yeah, ADA Sax just happens to be there, using his to phone to record Tariq’s drugged confession. The casual sex, offense name calling and over the top plot,… Read more »

how does Courtney A. Kemp have time to come up with all these ideas , she is amazing writer