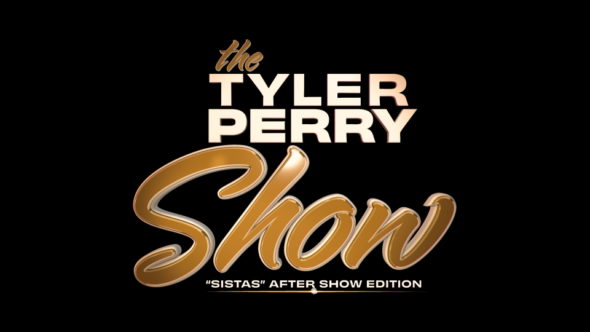 Tyler Perry’s Sistas is ready to air its mid-season finale next week and has announced that an after-show special will follow the episode.  Hosted by series creator Perry, the first edition of The Tyler Perry Show will take viewers behind the scenes of the show and it may become a regular series at some point in the future.

KJ Smith, Mignon, Ebony Obsidian, Novi Brown, and Crystal Renee’ Hayslett star in the series which follows a group of friends as they live their lives with their ups and downs.

BET revealed more about the event in a press release.

“BET announces a new conversation special THE TYLER PERRY SHOW starring powerhouse creator Tyler Perry. The show will give viewers exclusive access to the behind-the-scenes of Tyler Perry’s hit series and feature the talented cast who bring their favorite characters to life every week. Taped at Tyler Perry Studios in Atlanta in front of a LIVE socially distant seated, fully vaccinated, and COVID-19-tested audience, the first special will spotlight the #1 series on cable for Black viewers P18-49, Tyler Perry’s Sistas. The two-hour television event will start Wednesday, August 18 at 9 PM ET/PT with the scandalous midseason finale, followed by The Tyler Perry Show: The Sistas After-Show Edition at 10 PM ET/PT on BET and BET Her.

In the midseason finale titled “Unlock it,” airing at 9 PM ET/PT, Andi has a sudden change of heart after another one of Gary’s antics strikes home. Then in the after-show, all will be revealed when Tyler Perry sits down with the Tyler Perry’s Sistas cast: KJ Smith, Mignon, Ebony Obsidian, Novi Brown and Crystal Renee’ Hayslett. No topic will be off-limits, from the spicy mid-season finale, to how each Sista was cast. With never-before-seen footage, behind-the-scenes moments – and even addressing viral social media moments from the show (the good, the bad and the scandalous)–tea will be spilled, but just enough to get fans ready for the midseason premiere of Tyler Perry’s Sistas airing in October. Additional episodes of The Tyler Perry Show will be announced at a later date.”

What do you think? Are you a fan of Tyler Perry’s Sistas? Do you plan to watch The Tyler Perry Show special next week?

Please run the special with the cast!

Love love love the sistas. Fatima is a great addition to the cast. Love me some fatima

AM I THE ONLY ONE WHO THINKS MIGNON IS KIN TO PATTY LABELLE,**** SHE LOOKS JUST LIKE HER!!!I LOVE THIS SHOW!!!!

Why do you say the #1 series on cable “for” black viewers? My friend and I love this series and we are not black. So I guess my question is, should we watch??? Do you care about hitting all viewers?

I love me some Sista

I love all of Tyler Perry’s shows I which all of them can stay on forever .

I am definitely a fan of all his shows. There is something for all adults and constantly fill with laughter. He cast the best people for drama, romance and definitely comedy. One of the best actor and producer today. Thank you

I’m definitely a FAN of Tyler Perry’s Sistas!!!! Absolutely LOVE the entire cast….except for a few characters LoL Move on Andi to a man who will love and respect you. Dani, please stay with Preston he is the one. Sabrina WAKE up and smell the roses, please. Zac and Fatima relationship time, commitment time!! So looking forward to season 4!!! Thanks T.P.!!

Season should return. I think there should be more for Tyler to do with these ladies. Andi should be seen in a better light. Woman can overcome mental or physical abuse. And andi deserves better character traits.

I am a fan of Tyler Perry and his series “Sistas”. I will definitely watch the season finale, as I am committed to the show, follow their stories and want to see them off til next season premier in October. With that said… Why is this for black viewers, as mentioned? I am not black. Am I not suppose to watch this show because I’m not black? I really wish that the comment wasn’t made, as it feels a bit inappropriate and racist.