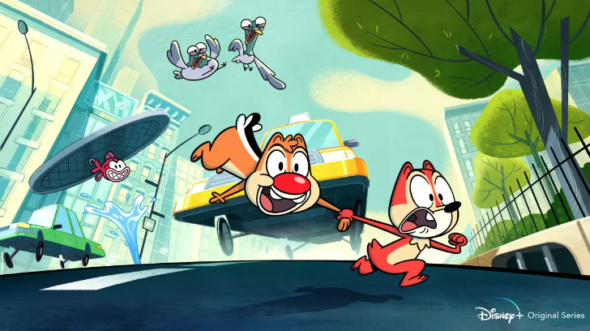 Disney+ has greenlit 39 seven-minute episodes for their Chip ‘n” Dale series, which will combine traditional animation and “follow the ups and downs of the cutest chipmunks around living life in the big city.”

A spinoff of Monsters Inc., Monsters at Work “picks up six months after the original movie’s story, with the Monsters, Inc. power plant now harvesting laughter (instead of screams) to fuel the city of Monstropolis. Tylor Tuskmon is an eager mechanic on the Monsters, Inc. Facilities Team (MIFT) who dreams of working his way up to the factory “Laugh Floor” to become a jokester alongside his idols Mike and Sulley.”

Monsters at Work is slated to debut on Disney+ in 2020.

What do you think? Are you a big Disney fan? Will you check out Monsters at Work and/or Chip ‘n’ Dale?