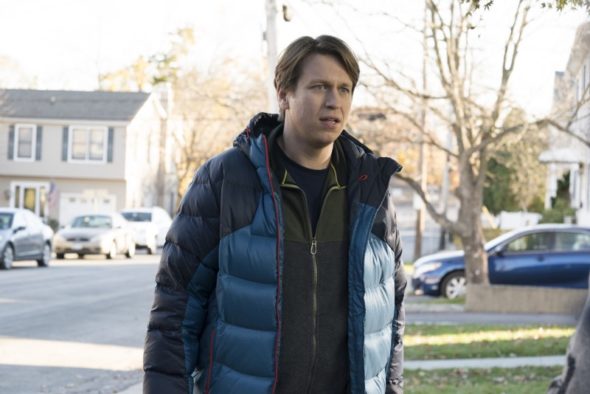 Are you a fan of Crashing? Recently, HBO released new photos and episode details for the TV show’s upcoming second season.

The comedy stars Pete Holmes as an aspiring comedian who discovers his wife is cheating on him. The cast also includes Lauren Lapkus and George Basil. 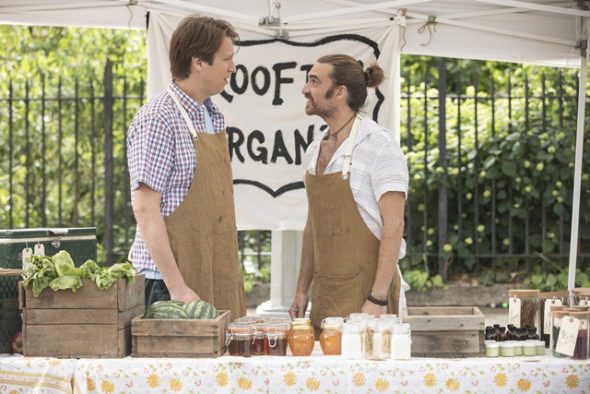 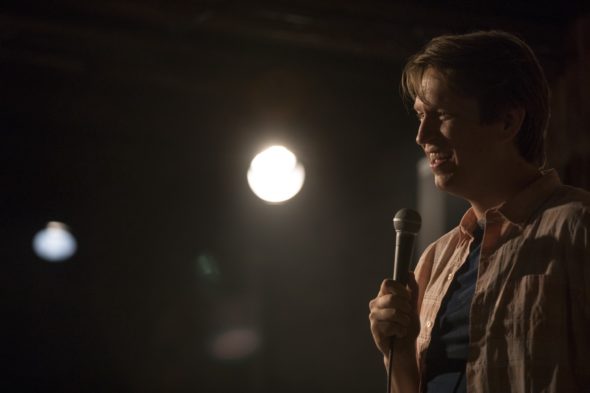 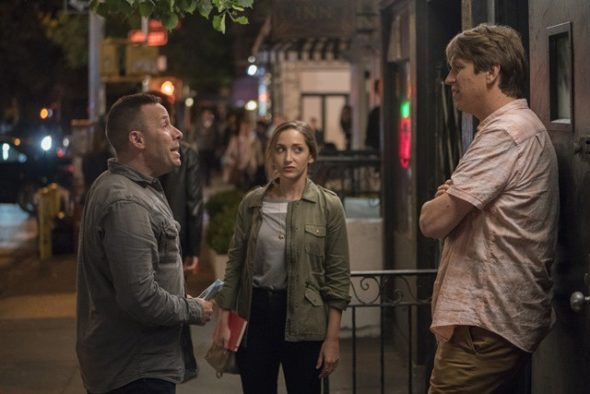 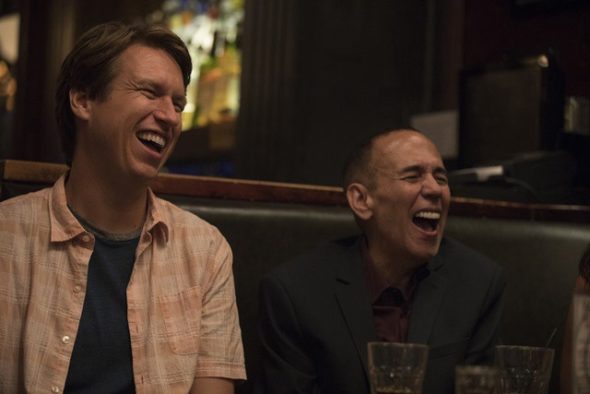 Feeling lost in the universe, Pete has an enlightening conversation with an atheist, which sends him into a night of New York debauchery. This marks the beginning of a season in which he starts to question his faith and find his voice.

Created by and starring Pete Holmes, the comedy series CRASHING returns for its eight-episode second season SUNDAY, JAN. 14 (10:30–11:00 p.m. ET/PT), exclusively on HBO. Executive produced by Pete Holmes, Judd Apatow and Judah Miller, the series draws on Holmes’ own experiences as a comedian, offering a behind-the-scenes look at the world of stand-up comedy.

With the help of Ali, a fellow rising comic, Pete explores the alternative comedy scene, a world of comedy nerds, apartment shows and no-drink minimums, where he begins to thrive. As he continues to lean on the hospitality of comedy greats, Pete explores all types of comedy, from benefit shows to the college market to roast battles. These diverse encounters test his enthusiasm and optimism, but also promise to make him a better comedian as he tries to survive the competitive world of New York stand-up.

Pete (Pete Holmes) has a chance encounter with famed magician Penn Jillette, who shakes his faith and inspires a questioning Pete to try living with abandon for one night.

Pete (Pete Holmes) decides to spend the day with Leif (George Basil), who encourages him to be open to the universe. Their carefree attitude is challenged when the two find themselves at odds and in trouble with the law.

When Pete (Pete Holmes) is abandoned by Artie (Artie Lang), he is rescued by comedian Bill Burr, who takes pity on him and offers his guest room. As they become unlikely friends, Bill encourages Pete to toughen up and embrace his masculine side.

Pete (Pete Holmes) tries to be supportive when a fellow comic at The Boston gets his big break. Later, he reconnects with Jess (Lauren Lapkus), who encourages him to find a healthy way to express himself.

Pete (Pete Holmes) reunites with Ali (Jamie Lee), who takes him on a tour of New York’s alternative comedy scene, where they encounter a wide array of comedians and venues over the course of one night.

Pete’s (Pete Holmes) decision to organize a secret benefit for an ailingcomedy vet finds him scrambling to put on a good show and facing hard truths about Artie (Artie Lang).

Pete Holmes starred in the stand-up comedy special “Pete Holmes: Faces and Sounds,” which debuted on HBO in 2016. He hosts the popular podcast You Made It Weird, which has featured such guests as Jim Gaffigan, Zach Galifianakis, Keegan-Michael Key, Jimmy Kimmel and Paul F. Tompkins, and previously hosted the cable program “The Pete Holmes Show.” Holmes has also appeared on “Jimmy Kimmel Live!,” “Conan” and “Late Night with Jimmy Fallon,” as well as starring in two other cable comedy specials, and has voiced characters for “American Dad,” “Ugly Americans” and HBO’s “Animals.”