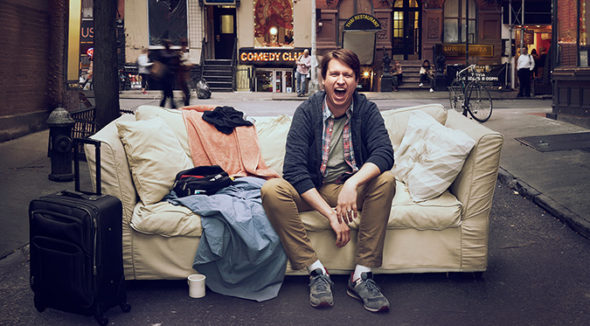 Are you ready for season two of Crashing? HBO has just released poster art and premiere locations for the series’ new season.

The comedy stars Pete Holmes as an aspiring comedian whose life tailspins after he discovers his wife is cheating on him. The cast also includes Lauren Lapkus and George Basil.

Check out the new poster and more info below: 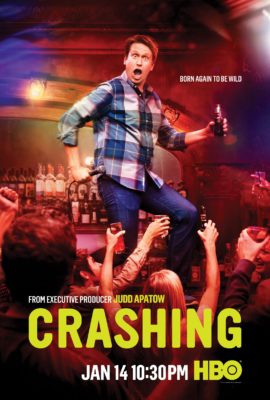 To promote the second season of comedy series, CRASHING, HBO has partnered with the A.V. CLUB to produce three premiere events across the country: CHICAGO (1/11), SAN FRANCISCO (1/17) and SEATTLE (1/18).

At each event, series creator and star, Pete Holmes and new cast member, Jamie Lee, will co-host an exclusive evening featuring a screening of the first two episodes of Season Two, a moderated discussion and Q&A from an A.V. CLUB editor or writer and a fun-filled reception.

Limited tickets will be released to the general public on the official Crashing HBO Facebook page beginning Friday (1/5) at 9:00am PT/12:00pm ET.

CRASHING starring Pete Holmes, is a series about a stand-up comic who reevaluates his life and enters the New York comedy scene after discovering his wife’s infidelity.