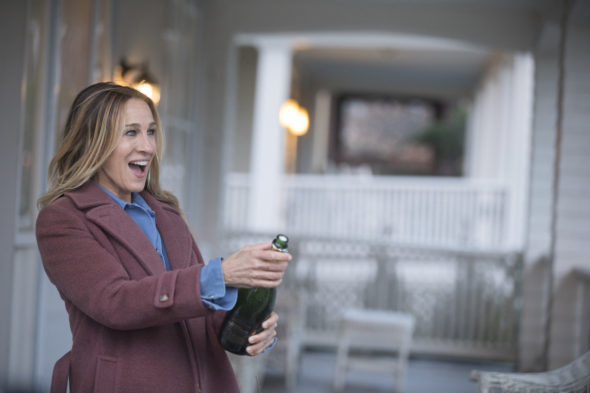 The new year means new seasons for HBO. Today, the network announced the second seasons of Divorce and Crashing will debut in January.

Meanwhile, Crashing follows an aspiring stand-up comedian (Pete Holmes) whose life unravels after he discovers his wife has been cheating on him. The cast also includes Lauren Lapkus and George Basil. Season two debuts on January 14th at 10:30 p.m. ET/PT.

CRASHING, created by and starring Pete Holmes, returns for its eight-episode second season SUNDAY, JAN. 14 (10:30–11:00 p.m. ET/PT). Feeling lost in the universe, Pete (Holmes) has an enlightening conversation with an atheist, which sends him into a night of New York debauchery. This marks the beginning of a new season in which Pete starts to question his faith and find his voice.

What do you think? Have you seen Divorce and/or Crashing? Will you watch season two?