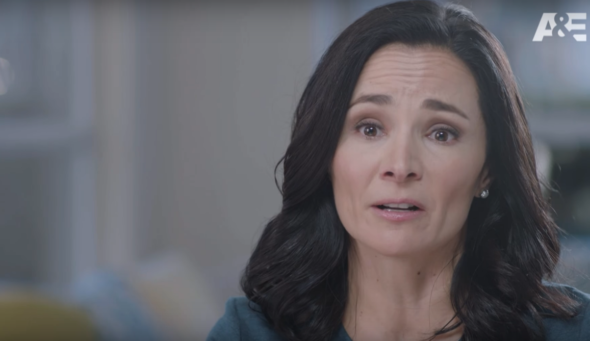 A&E is delving into the world of cults. Recently, the network announced their new TV show A&E Investigates: Cults and Extreme Belief will premiere later this month.

The docuseries “examines the timely topic of the “self-help” group NXIVM which has been catapulted into the spotlight with the recent arrest of its leader and a high-profile actress/member on charges of sex-trafficking and other crimes. … Additional organizations that will be explored in season 1 include Twelve Tribes, Sanctuary Church, United Nation of Islam, Fundamentalist Church of Jesus Christ of Latter-Day Saints, Jehovah’s Witness and The Family.”

A&E Investigates: Cults and Extreme Belief premieres on A&E on May 28th at 10 p.m. ET/PT.

New York, NY – May 4, 2018 – In the series premiere of A&E Investigates “Cults and Extreme Belief,” A&E examines the timely topic of the “self-help” group NXIVM which has been catapulted into the spotlight with the recent arrest of its leader and a high-profile actress/member on charges of sex-trafficking and other crimes. The group also stands accused of drawing supporters down a path of destruction that includes near-starvation diets, forced branding, pseudo-slavery, and blackmail. Former members share harrowing experiences of manipulation and sexual violation, including Sarah Edmondson who sits down with Vargas to share new details of her ordeal inside the organization including being branded with a symbol that turned out to be the leader’s initials.

Additional organizations that will be explored in season 1 include Twelve Tribes, Sanctuary Church, United Nation of Islam, Fundamentalist Church of Jesus Christ of Latter-Day Saints, Jehovah’s Witness and The Family. In each episode, Vargas will go on a search to uncover how these sects use their influence to prey upon people’s desperation to create powerful and often destructive belief systems. Each episode will take an immersive look at one currently active group through the eyes of past devotees and get perspective from believers and leaders that are still inside. The series kicks off with a two-night premiere on Monday, May 28 and Tuesday May 29 at 10pm ET/PT.

Immediately before the premiere of “Cults and Extreme Belief,” Vargas sits down with the Anthony family to hear their thoughts on the tragic death of their granddaughter Caylee 10-years ago and the role their daughter may have played in the 2-hour special “Casey Anthony’s Parents Speak.” Ten years after the tragic disappearance and mysterious death of three year old Caylee Anthony, her grandparents, George and Cindy Anthony, open up to Elizabeth Vargas about their lives. Interviewed at the home where they raised their daughter Casey and where they still live, George and Cindy sit with Vargas to dive deep into the years raising Casey, revealing the intimate and heartbreaking details of their lives a decade after everything went wrong. Along the way they revisit locations that have come to define their lives, including the woods where Caylee’s remains were found. And for the first time ever, cameras will follow as they shed light on the complicated truth about their relationship with each other and the tension surrounding their differing opinions about their notorious daughter, Casey. The special premieres on Monday, May 28 at 8pm ET/PT.

What do you think? Are you interested in cults? Will you watch A&E Investigates: Cults and Extreme Belief?

What happened to this series? Please bring this back. If you don’t have enough cults and extreme religious sects to do an entire season, perhaps consider doing one special each season. Another idea, consider following up with people you’ve interviewed you got out…where they are now…how they found their way out and maybe who the people were who helped them once they were out.

I too hope this series comes back. I am studying world religion and just happened upon this program. It is really informative and shocking.

Yes please bring the series back

Please create more episodes. These people need to be exposed and the children protected.

I am enjoying this series, Cults and Extreme Beliefs. Please consider Christian Science for an episode.

Please investigate the Nation of Yahweh, Temple of Love. I was forced as a child by my parents to worhip in this cult. We we’re neglected and abused. I would really like to know how many children who are now adults cope and survive the aftermath of all that happened there. It was a long time ago but I sometimes feel stuck in that time and I want to know if there are others besides my siblings and figure how to heal this wound of my spirit. Thank you for airing this program and putting this out in the open.… Read more »

We have been struggling with one of our family member’s involvement with the Hare Krishna. I am looking forward to this series and hope to see the Hare Krishna in one of the episodes.

I’m very glad this series is being done. I lived a cult-like life for 6 yrs bc my stepdad was basically a wannabe cult leader. I’ve been lost on how to recover and deal. Hearing from other cult survivors will hopefully help me.