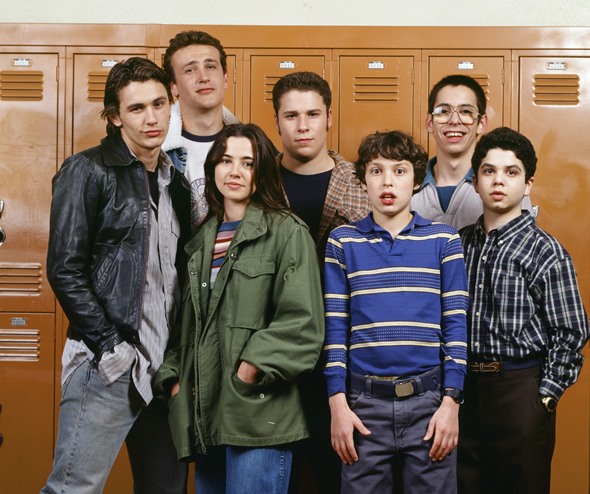 Freaks and Geeks fans will soon be able to revisit the classic quickly cancelled series. A new documentary will arrive in 2018, and it will take behind the scenes of the Judd Apatow series.

The new series will appear on A&E. Those involved with the series revealed its existence on Twitter per a Slash Film report.

This happened and is coming your way in 2018 thanks to @hodgeepodgee, @MorganSpurlock and @AETV. Clear your calendars! pic.twitter.com/huhDIG2coV

Freaks & Geeks was cancelled after just one season on NBC. Were you a fan of this series? Will you check out the new documentary? Tell us what you think.

I think Freaks and Geeks coming back will/ would be amazing!! From the OUTSTANDING cast, to the INCREDIBLE director(s) & storylines!! Hoping for the very best & wishing everyone well!

I think that they should do one about NBC’s show “American Dreams” (2002-2005)! That was the one produced by Dick Clark and starred Brittany Snow!