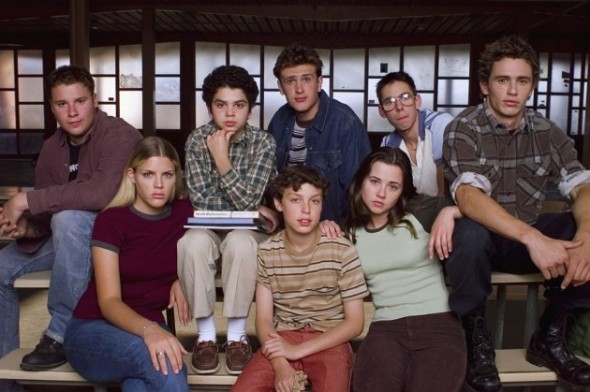 Are you a fan of Freaks & Geeks? ComicBook reports a new documentary about the NBC TV show will debut on A&E later this month.

On Twitter, Freaks & Geeks star Samm Levine announced a documentary about the TV show will premiere on A&Eon July 16th at 9 p.m. ET/PT.

And what about a revival or reunion? Creator Paul Feig told The Hollywood Reporter the odds are pretty unlikely:

I loved the show — the 18 episodes that we did. And I always get nervous about reunions and that kind of thing. Also, our cast is so famous now. I don’t think we can afford them!”

It's official! FREAKS & GEEKS: THE DOCUMENTARY is airing on Monday, July 16 at 9pm ET on A&E! Set your DVRs now!

Thanks to @hodgeepodgee and @AETV for making it a reality! pic.twitter.com/h41fhamFAt

What do you think? Have you seen Freaks & Geeks? Will you watch the A&E doc?

Freaks and Geeks was an awesome show given a bad time slot. It was on Mondays at 8. I think the show would have done extremely well had NBC put it on a Tuesday, Thursday, or Sunday. Look at the cast!! So many unheard actors from this show made it big time. James Franco, Jason Segal, Seth Rogan. NBC blew it.

I love this show. I wish we could have gotten a few seasons out of it. I would love a reunion show.