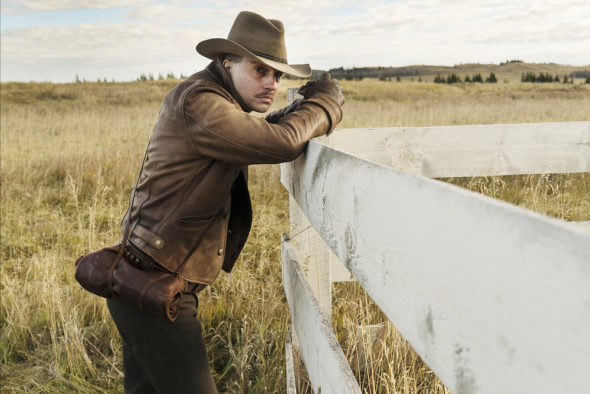 Season one of Damnation just wrapped, but will there be a season two? Recently, creator Tony Tost said he hopes USA Network renews the TV show.

On Twitter, Tost said he wants a second season of Damnation and there’s still more story to tell for the USA Network TV show:

I'm getting a lot of questions about a second season of #DamnationTV. Hang in there! These decisions take time, especially in our case where the show is a co-production w/ both USA network & (globally) Netflix. Once there's official word to share, we won't keep it a secret.

I certainly hope so. Lots more story to tell. https://t.co/4z7ASb0via

Give us five or so seasons and we'll find out! https://t.co/emMa2KJ41k

That's above my pay grade. The network believes in and supports the show, which is all that matters to me. https://t.co/BdO8nw1icp

If there's a second season, I'd like to delve into more backstory/flashbacks for the main characters. Seth getting radicalized is something I'm pretty interested in… https://t.co/MpBJAvcgvl

What do you think? Have you seen Damnation? Would you watch a second season?

I was wrapped up in the show from the very first episode, I know a lot of people are going for a season 2. Please don’t leave us hanging.

Damnation: The only Netflix show I’ve been watching over and over again! Looking forward to Season 2 with excitement over what happened to the Turner siblings from thereon. I love watching both actors Logan Marshall- Green and Killian Scott.

Just finished watching on Netflix… please please please I need another season at least!!! OMG I loved the show completely! Everything about it was just perfect!

I love this show. I just got done watching the first season. I Hope there are more season to come.

Just finished season one Can’t believe it would stop there..Come on we need to see what happens next. The producers should not have left us up in the air or have thought about making it a one off film

The story has not ended. Very relevant even today. There should be more seasons.

I am absolutely in love with Damnation. I have been searching my TV menu’s to try and find season 2. I was surprised there were only 10 shows in season 1 and devastated to see the possibility of it being cancelled for good. One of the best shows I’ve ever seen and would watch EVERY episodes until the end of time. Please bring back the series