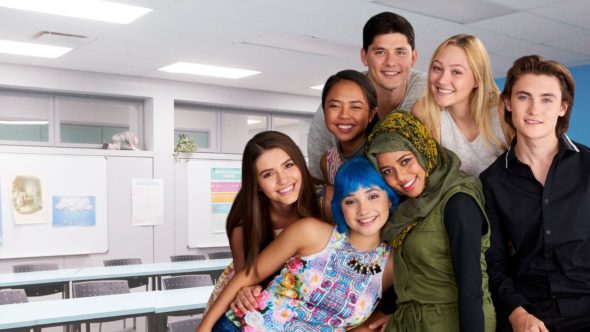 It looks like class is dismissed for Degrassi: Next Class. Producer Stefan Brogren just revealed Netflix has cancelled the TV show.

On Twitter, Brogren revealed Degrassi: First Class will not be returning to Netflix for another season. As of reporting, the streaming service has not confirmed the news.

What do you think? Have you seen Degrassi: First Class? Are you sad it’s been cancelled?

what the hell!?! how could anyone cancel degrassi??? villains!

Degrassi needs to come back! It tackles all the hard issues and is super ahead of it’s time. We need degrassi

There is is whole Degrassi: Next Generation channel on PlutoTV FOR FREE!

There’s an app called Tubi you can watch TNG SEASONS 1-14 for free.

tubitv.com has all the degrassi next generation seasons

Its on youtube.. just look up degrassi next generations 1001 or somethjng like that and you can find hundreds of free eps on there

Tubi TV has all of degrassi next generation for free

Tubi T.V had all of them free

you can watch degrassi next generation on youtube or tubi!

You can watch all of degrassi seasons 1-14 on amazon prime I think it’s missing season 12 but you can find that in you tube. Degrassi next class has 4 seasons on Netflix

You can watch Degrassi NG on Amazon Prime.

you can watch it on amazon prime and degrassi junior high and degrassi high full episodes are both available on YouTube.

Good Full house and Degrassi original were too awesome back then now it time say goodbye beloved characters.