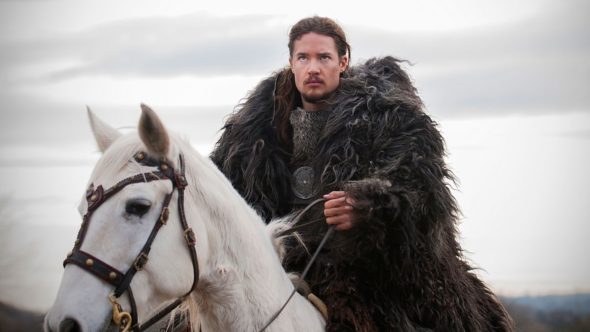 Is there a future for The Last Kingdom? Recently, author Bernard Cornwell confirmed there will be a third season of the Netflix TV show, The Daily Express reports.

Based on Cornwell’s novels, the historical drama takes place in England during the 9th century AD when the land is divided into separate kingdoms. The cast includes Alexander Dreymon, David Dawson, Emily Cox, Ian Hart, and Tobias Santelmann.

During a recent Q&A, Cornwell revealed season three of The Last Kingdom is currently filming and may premiere this fall on Netflix:

“Yes, the show will return – on Netflix – probably this autumn.

They are filming now and have very kindly asked me to make a cameo appearance. I’m just hoping that Uhtred will insult me.”

What do you think? Have you seen The Last Kingdom? Will you watch season three?

I am ready and waiting!