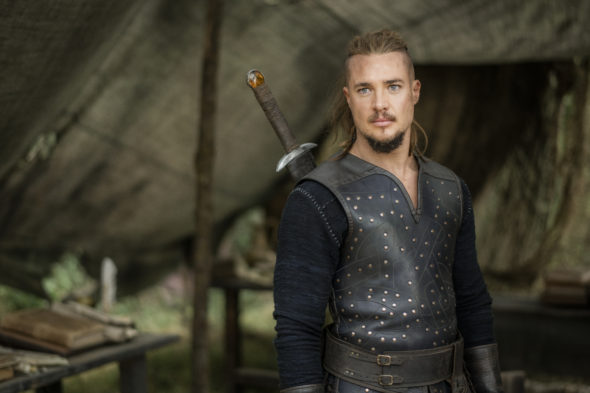 Nigel Marchant said the following about the future of The Last Kingdom to Radio Times:

“We’re very hopeful, we’d love to do a season five. I think all of us want to tell a story and it’s always much more satisfying if you can tell a complete story throughout all the various seasons. I think I speak for everyone when I say that we really do love making it.”

Marchant also teased what fans might see if the Netflix series does return. He said:

“I think we want to tell the story of these separate kingdoms coming together and how that union happens, and also does Uhtred get back to Bebbanburg? Does he get his dream? Does he find his legacy? And what’s his involvement in bringing these kingdoms together? So, we’d love to carry on.”

What do you think? Are you a fan of this series? Do you want another season?

Yes i love these type of movies about our history what a dream for me if ever in my whole life is to go there and be part in The last kingdom i can only dteam of something like that ever happen to me. Its 6000 miles from where i live. Clover,S.C United States ive always wondered where my ancessors are from and seeing the beautifull country on tv does something to my heart.. I love the times of sword fighting and last kingdom really hits close to my heart. I live the cast and show and great work to… Read more »

My favorite show the last kingdom

absolutely brilliant, surpasses even the VIKINGS (only after the leaders,demise) i am looking forward to last kingdom Series 5

I’m 87years old and love this series! I can watch it over and over again. Hopefully it will continue and I will live long enough to see it all!

Best show on tv ever!!

There is too much to list here as reasons for this series being one of the absolute best ever. You have no idea how many people are waiting, hoping, and expecting a return for Season 5. Please do not disappoint us!

It is the best epic period TV show there is. Bar none!

I binged watch all 4 seasons in 2 weeks and I stumbled upon it by accident after watching The Witcher. Really keeping my fingers crossed for a few more seasons of TLK!! Must know what happens next!

Best series on tv. Netflix surely has to pick season 5′ So much rubbish on the box how can they not?

Yes please keep this series going! Love it and would love to see Alexander Dreymon in a new series later! Yes I have become a fan and I am looking forward to future episodes!

Yes do season five it is an awesome show

This show got me through the pandemic! Now addicted. Please, a fifth season! Uhtred must realize his destiny!