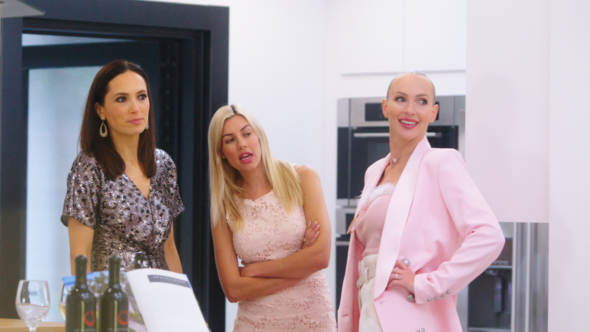 A new season of Selling Sunset is on the way. Netflix has released a trailer for season two of the real estate series, and the show will return to the streaming service later this month. Chrishell Stause, Christine Quinn, Maya Vander, Mary Fitzgerald, Heather Young, Davina Potratz, Romain Bonnet, Jason Oppenheim, and Brett Oppenheim are all returning for season two.

Netflix revealed the following about the series in a press release. Check that out below.

“The top real estate brokers at The Oppenheim Group are back and this season, the ladies deal with even more mind-blowing mansions, shocking new romances, and explosive truths that will change their lives, relationships and careers forever. Season 2 of Selling Sunset premieres May 22, 2020 on Netflix.

This Netflix reality series, set in the world of LA’s high-end real estate, follows seven of the city’s most successful female realtors who all work under the same roof at the #1 agency in the Hollywood Hills and the Sunset Strip. They work hard and play harder, as they compete with the cutthroat LA market and each other. These ladies will do what it takes to make it to the top of their game, all while trying to keep their personal lives intact.”

Check out the trailer for season two of the series below.

What do you think? Are you a fan of Selling Sunset? Will you watch season two?