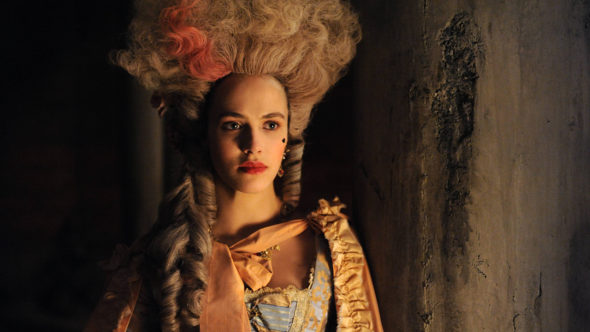 What’s in store for the new season of Harlots? Hulu just announced the premiere date and new casting details for the TV show’s upcoming third season.

Season three of Harlots will see the addition of Alfie Allen and Ash Hunter as Isaac and Hal Pincher, respectively. The new season is slated to debut on Hulu on July 10th.

·         Joining the cast this season as new foes for the women of Soho areAlfie Allen(Game of Thrones, The Predator) andAsh Hunter(Hamilton West End, The Secret Agent)as the Pincher brothers.

·         Isaac Pincher(Allen)is driven by his ambitions to achieve wealth and power. Compared to his more quiet and level-headed brother, Hal, he’s the front-man. Back in London after fighting in the Seven Years War, Isaac wants to take over London. The brothers lease a tavern together, the Saracen’s Head, which serves as afront for their ever-growing pimping business.

·         Hal Pincher (Hunter)is as ambitious but less impulsive, than his mercurial brother Isaac. Hal’s good looks and charm lure women in, but in the past he’s been cautious, never quite letting them in. Hal enters into a relationship with Emily Lacey (Holli Dempsey) and they share an ambition to achieve something with their lives.

·         Set against the backdrop of 18th century Georgian London, Harlots continues to follow the fortunes of the Wells family. Margaret (Samantha Morton) has been sent to America in chains and Lydia Quigley (Lesley Manville) is vanquished and in Bedlam. It seems that the Wells girls can finally free themselves of their mother’s feud, helped by allies such as Lady Fitz (Liv Tyler). But Charlotte Wells (Jessica Brown-Findlay) soon learns that running a lucrative brothel brings enemies as well as friends, including new pimp in town Isaac Pincher (Alfie Allen). Meanwhile Lydia still finds a way to bite, even in her darkest hour. Inspired by the stories of real women, Harlots is a powerful family drama as explored from the female perspective.

What do you think? Have you seen Harlots? Will you watch season three?

I was late to the party! I binged watch seasons 1-3 in 4 days and would watch 3 more if it existed! Loved it and can’t wait for season 4. This show HAS to be renewed!