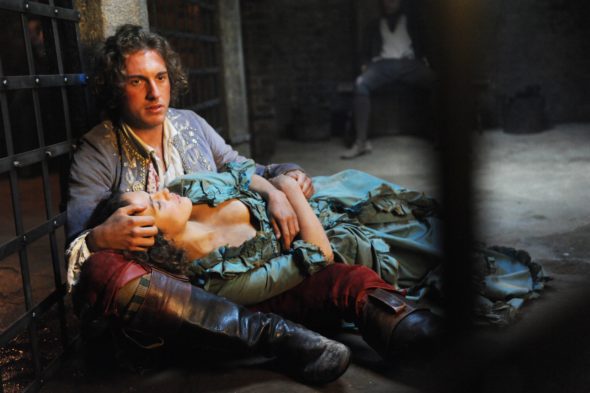 London’s Covent Garden ladies are on the way back. Hulu has announced the second season release date for its Harlots TV show. Harlots, season two, will premiere with a double episode on Wednesday, July 11, 2018.

Hulu’s critically acclaimed, salacious series returns with a bang on Wednesday, July 11th for the season two premiere (debuting with two episodes, then releasing weekly). This season of Harlots dives deeper into the feuds, betrayals, and carnal connections amongst the characters, highlighting an incredibly relevant story about gender disparity and socio-economic unrest. Oh, and did we mention, Liv Tyler is making a splash this time around!

Set against the backdrop of 18th century Georgian London, Harlots follows the Wells family, led by matriarch Margaret (Samantha Morton). When her daughter Charlotte (Jessica Brown Findlay) places herself in the home of arch-rival bawd Lydia Quigley (Lesley Manville), their toxic and deep-set rivalry is taken to a dangerous new level. Meanwhile, alluring and wealthy socialite Lady Fitz (Liv Tyler) is drawn by Charlotte into the plot against Lydia, as well.

Inspired by the stories of real women, Harlots is a powerful family drama as explored from the female perspective. The series stars Manville, Brown Findlay, and Morton and and hails from the creative team of Moira Buffini, Alison Newman, Alison Owen, Debra Hayward and Alison Carpenter, with Coky Giedroyc returning as lead director and Grainne Marmion producing.

What do you think? Did you watch the first season of the Harlots TV series? Do you plan to check out season two of this Hulu TV show?