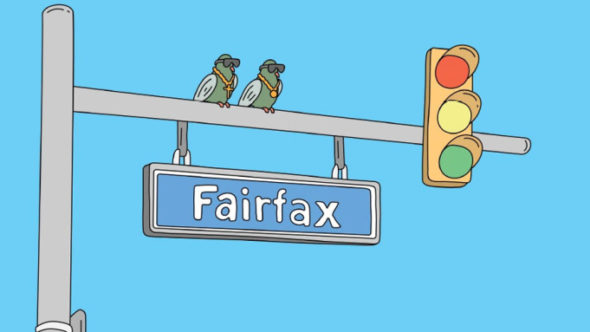 Fairfax is coming to Amazon Prime in 2021. The adult animated comedy series has been given a two-season order with 16 total episodes. The animated series comes from Matt Hausfater, Aaron Buchsbaum and Teddy Riley, Serious Business, Titmouse and Amazon Studios.

The trio of Hausfater, Buchsbaum and Riley said the following about the upcoming Prime Video series, per Deadline:

“This show is a love letter to kids today – the generation that will most definitely save the world from global warming, if they don’t die from eating Tide Pods first. It’s a modern look at the timeless struggle to be cooler than you are, to fit in while standing out, and what it feels like to wait in line for a pair of sneakers you’re never going to cop. We’re incredibly excited to be working with Serious Business, Somehoodlum, Pizzaslime, Titmouse, and Amazon Studios. We couldn’t have asked for a better team.”

Amazon had their own words about the series order. Albert Cheng, COO and Co-Head of Television, Amazon Studios, said the following, “Fairfax is smart, weird and hilarious, and we’re excited to work with Matt, Aaron, Teddy and the teams at Serious Business and Titmouse so our Prime Video customers around the world can see this unique new series.”

An exact premiere date for the new series was not revealed, but it will arrive next year.

What do you think? Will you check out Fairfax on Amazon?