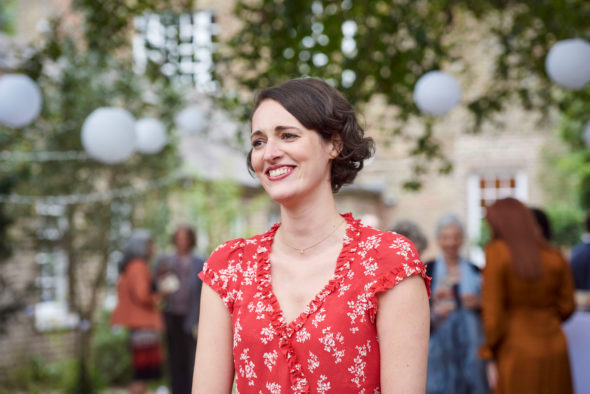 It’s farewell for Fleabag. According to The Hollywood Reporter, the BBC TV show will end after its second season.

Recently, Fleabag star Sian Clifford revealed season two will be the last for the Amazon TV show. Waller-Bridge has not confirmed the news, but the creator/star did mention last month that season two is the “final curtain” for the comedy.

Season two of Fleabag debuts on Prime Video on May 17th.

What do you think? Have you seen Fleabag? Are you sad it’s ending?

I will miss the show very much. Loved this show!

Aww! Such an original screenplay!! Loved this show!

Obsessed with this show! Such a bummer it is not being renewed!!

Hilarious! How can you not renew? I suspect the religious folks objected and the producers caved.

Nooooo! Don’t end! She has to end up with the priest!

One of the best dramcoms ever!!! Please don’t end!

No no no please don’t go

I`m oh so sad. I found it unusual and facinating. I will miss the show very much.

Unbelievable! A SERIOUSLY underappreciated show. Raw, intelligent, and very funny to anyone without a stick up their a$$.