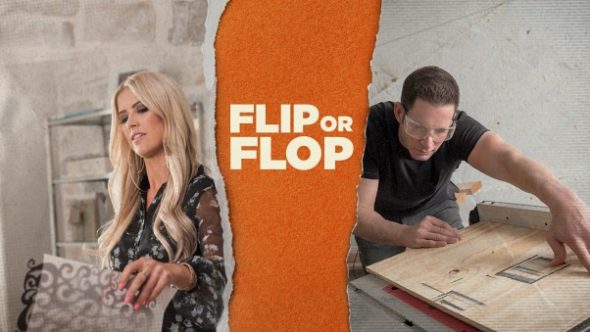 Flip or Flop is no flop! The series has been renewed for another season by HGTV. The series will return in August 2020 with its ninth season. Season eight just wrapped on the network last week. Christina Anstead and Tarek El Moussa appear on the series.

HGTV revealed more about the renewal in a press release. Check that out below.

“HGTV’s breakout hit series, Flip or Flop, starring business partners Christina Anstead and Tarek El Moussa as they flip houses for profit in Southern California, has received a pick up order for a new season of fresh episodes. Airing on Thursdays at 9 p.m. ET/PT, the current season already has attracted more than 21.9 million viewers since it premiered on Aug. 1.

During the next season of Flip or Flop, cameras will continue to follow the formerly married real estate and house-flipping experts as they navigate both the expected and surprising challenges of co-parenting and running a successful business. And, even more dilapidated houses will be transformed into beautifully renovated homes that can be flipped for a good return on investment.

“Christina and Tarek’s relatable, personal journey attracts millions of viewers who now have a true emotional stake in their story and want to see more,” said Jane Latman, president, HGTV. “Their story is real, compelling and filled with the hallmarks of HGTV hits – family and unforgettable personalities with home-related expertise who are passionate about the work that turns houses into homes.””

An exact premiere date for season nine of Flip or Flop was not revealed.

What do you think? Are you a fan of this HGTV series? Will you watch the new season?

Love the show. I was wondering if they were coming back. So happy they are. Miss seeing Tarek. Can’t wait for next season.

When date in 2020 is the show returning? I loved the show.

Love it!! cant get enough,Ironically though,I started watching flip or flop after doing research on Tarack after watching flipping 101 wish I loved,but why only 4 episodes??

Flip or Flop is my favorite show on HGTV. Happy to hear they renewed the show for August 2020.

I look forward to Flip or Flop. Love their designs. They do a great job.

I absolutely love this show, it’s real life and I would miss it terribly if Hgtv did not continue it. I’m so happy they continue to work together great chemistry . I started watch 2017 after my husband died I very much look forward to this show it helped through emotional trip. They are great parents and I just adore the two of them. Jan B

I love the show flip or flop,lve been a fan since day one and hope the show continues , Christina on the coast is ok . Flip or flop is so much better

I Love the show. Not a fan of Christina on the coast. The two together whether married or not make the show more intetesting.

Very happy to hear Flip or Flop will be coming back. I was sad over the divorce but pleased they were able to work things out and remain friends,business partners and co-parents for the children most importantly, each other & of course their FANS!!

Very glad to get another season of this show. I really enjoy seeing what the program is about and seeing what a mess these houses are until they are made over