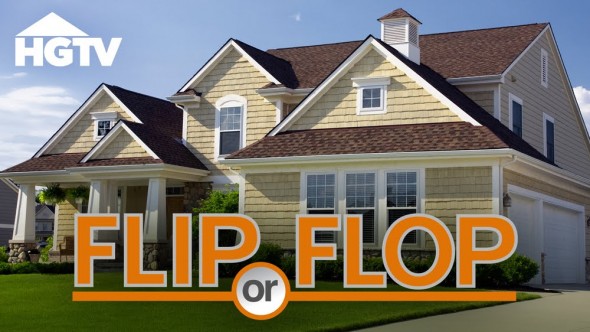 Flip or Flop is expanding their universe. This week, HGTV announced they’ve ordered a new TV show, Flip or Flop Paradise, and Flip or Flop Forth Worth will premiere in November.

A spin-off of the home renovation series, Flip or Flop Paradise will follow “real estate investors and expert flippers David and Chenoa Rivera as they renovate rundown homes in the charming small town of Paradise, Calif.” The new TV show is slated to premiere in April 2018.

Meanwhile, Flip or Flop is heading to Texas this fall. The new spin-off series, Flip or Flop Fort Worth, premieres on HGTV on November 2nd.

New York [Sept. 19, 2017] HGTV has greenlighted production of Flip or Flop Paradise, the newest installment for its booming Flip or Flop franchise. Currently slated for premiere in April 2018, the eight-episode series follows real estate investors and expert flippers David and Chenoa Rivera as they renovate rundown homes in the charming small town of Paradise, Calif.

“Paradise has tons of older homes that need a lot a love,” said Chenoa. “It’s a popular vacation spot that’s filled with outdated cabins, vacation rentals and bungalows that can be transformed into the perfect place to raise a family.”

What do you think? Are you a fan of Flip or Flop? Will you watch the new spin-off series?

Thank you HGTV for bringing more people of color to star of Flip or Flop from Atlanta to Fort Worth to Nashville. It is time to showcase the talents of others.