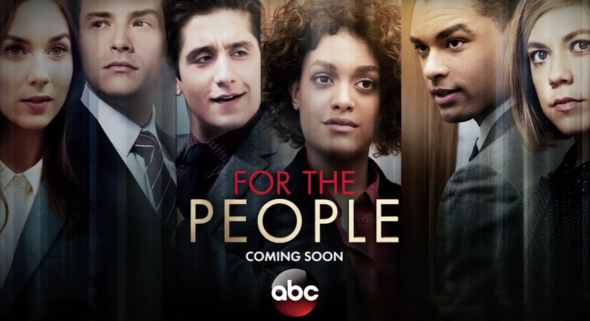 Fans will have to wait a little longer for Shonda Rhimes’ new series. Deadline reports production has halted on ABC’s upcoming TV show For the People.

From Rhimes’ production company Shondaland, the legal drama “follows brand-new lawyers working for both the defense and the prosecution as they handle the most high-profile and high-stakes cases in the country – all as their personal lives intersect.” The cast includes Jasmin Savoy Brown and Britt Robertson.

According to Deadline, filming has stopped on For the People so the creative team can rework upcoming scripts. The series is still slated to premiere on ABC in early 2018.

What do you think? Are you a fan of legal dramas? Will you watch For the People?

like this show it’s intelligent and has some humor the people are believable and the stories are varied and interesting I just binge watched the first season and really hope to see more.

Love the show. Hope it will continue SOON!

Take time ABC, to make it good. Rather than doing a trashy procedural and then cancelling it after three or four episodes.