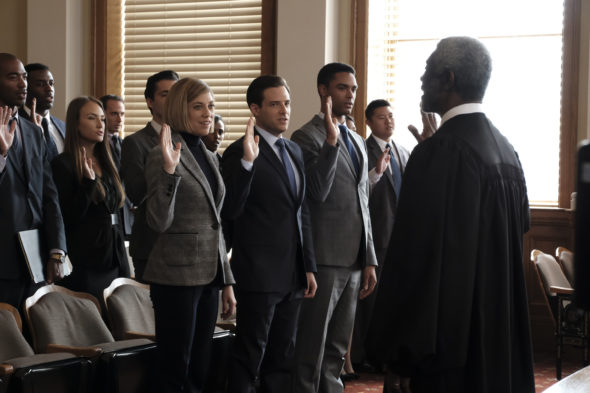 What’s your verdict on the first season of the For the People TV show on ABC? As we all know, the Nielsen ratings typically play a big role in determining whether a TV show like For the People is cancelled or renewed for season two. Unfortunately, most of us do not live in Nielsen households. Because many viewers feel frustration when their viewing habits and opinions aren’t considered, we’d like to offer you the chance to rate all of the For the People season one episodes here.

An ABC legal drama, For the People stars Britt Robertson, Jasmin Savoy Brown, Ben Rappaport, Susannah Flood, Wesam Keesh, Regé-Jean Page, Ben Shenkman, Hope Davis, Vondie Curtis-Hall, and Anna Deavere Smith. The Shondaland TV series unfolds at “The Mother Court,” i.e. the United States District Court for the Southern District of New York. The story centers on six accomplished attorneys, who work on both sides of the law. Whether they represent the defense or the people, these young lawyers ply their trade, trying some of the most publicized cases, and in federal court, the stakes can be sky high.

What do you think? Which season one episodes of the For the People TV series do you rate as wonderful, terrible, or somewhere between? Should ABC cancel or renew For the People for a second season? Don’t forget to vote, and share your thoughts, below.

5/11/18 update: ABC has renewed For the People for a second season. Details here.

This was the best show on ABC, I love this show, please renew the series for 2019 and every year after.

I love For The People, please dont cancel it, its top 3 of all the shows on TV, give it time to catch on!

I heard it might be cancelled…. NOOOO! Please give it a chance.

Keep it. I like it though I expected it to have a larger cast. Adding back in more cast could give more variety to the plot.