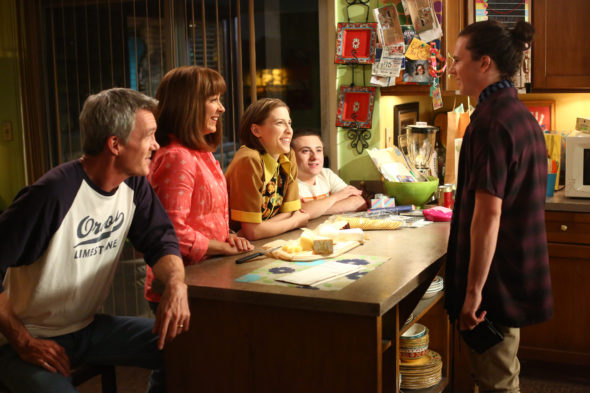 Does the last leg of the Hecks’ journey travel the middle way, in the ninth season of The Middle TV show on ABC? As we know, the Nielsen ratings typically play a big role in determining whether a TV show like The Middle is cancelled or renewed for season 10. Unfortunately, most of us do not live in Nielsen households. Because of that, some viewers were frustrated that their viewing habits and opinions weren’t considered, before the decision was made to end The Middle with season nine. We care what you think, so we invite you to rate all episodes from the ninth and final season of The Middle for us here.

What do you think? Which season nine episodes of The Middle TV series do you rate as wonderful, terrible, or fair to middling? Is The Middle ending at the right time, or should it have been renewed for a 10th season on ABC? Don’t forget to vote, and share your thoughts, below.

I really wish the middle was renewed! This show was honestly one of my all time favorites and it was such an anxiety relief after a long and hectic day at work. Please do bring it back!
I honestly believe that it’s even better than some of the other more popular comedy’s like the big bang theory, two and a half men, modern family, how I met your mother etc!
Such an underated yet beautiful family show.
Gonna miss this one a “heck of a lot” ❤️

I enjoy watching The Middle because it is clean, funny, and light viewing. Nothing stressful and no violence.

This had to have been one of the best TV shows around. I continue to watch the re-runs on cable. I hated to see it end. Great writers. Please notify if the cast will ever do a reunion show…..