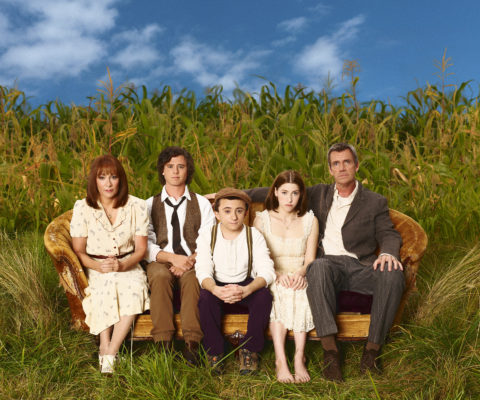 Good news for fans of The Middle. Deadline reports ABC has ordered additional episodes for the TV show’s ninth and final season.

ABC has ordered two additional episodes for season nine of The Middle, bringing the final season’s total to 24.

The increase isn’t a huge surprise. So far, the series has been performing well in the ratings during its last season. Currently, season nine is averaging a 1.38 in the 18-49 demo and 5.704 million viewers.

What do you think? Do you watch The Middle? How do you want the show to end?

It’s been one of my favorite sitcoms since I first discovered it in reruns. I was delighted to find it still running on network tv,and not yet over. I believe that it could last much longer. This talented group of actors and actresses work so well together. They truly seem like a real and loving family. Of course, some of the situations could never actually happen, but, it IS entertaining and they’re able to make it seem believable. It’s been one ‘heck’ of a ride ! I’ve thoroughly enjoyed every second of it. I hate to see it end. I… Read more »

I’ve watched this show since the beginning and I still enjoy it. I know it isn’t one of the “big” series on television, but it was always funny and heart warming. I’m upset with ABC for cancelling it. I wish I knew why they did. At least I will be able to watch it in reruns.

One of the few shows we as grandparents watch as well as our adult children & the grandkids. I will take however many more episodes we can get. Hate to see them leave. Patricia Heaton has been just the greatest TV mom. She upsets Marion Ross, Florence Henderson & Barbara Billingsley in my Mother Hall of Fame.

The only sitcom we watch. The only show on ABC we watch.
It needs one more season. These people are like family now! 1 of the greatest sitcoms of all time. Emmys to the entire cast.

This show is awesome, and this is the best season yet!!! So sad it’s ending!!

One of the most underrated shows on TV. I could go on to see Brick graduate, but if it is ending then definitely extend the season.