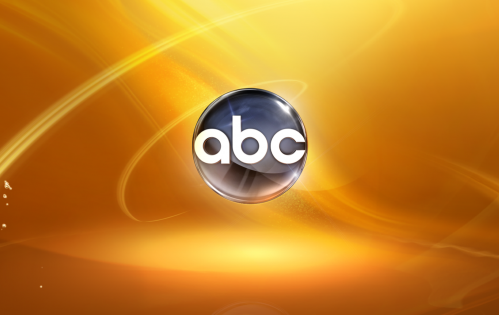 I am so upset about the cancellation of Forever. It was the best new show!

Forever can not be cancelled. That and Once Upon a Time have actually got me to watch television again. Forever had great story lines, great cast members. Ioan Grufford is sooo easy on the eyes, what’s not to like?!

Why would they cancel Forever?! They should have given the show better time slot. The show is not your typical tv series. They should make more shows like this,not CANCEL it!

Nashville is such a great show and so different than any other show on TV today. It has nothing to do with cops, murders, detectives but is an all around entertaining, fun show with great talent and interesting characters. There is a mix with songs as well as many different plots and is well worth considering to renew. I think a lot of people who are avid TV watchers are getting tired of the same thing over and over again, and we want something different and refreshing to watch. Positive not negative all the time; this is what many TV… Read more »

I would love to see Secrets and Lies continued. The actors were very good and believable. There is enough to go on with. Pleaseeeeeee.

Can’t believe that you keep trashy shows like Scandal and How to Get Away with Murder – shows that send out such negative messages; but drop a positive show like Forever! Really “great” message that ABC is sending. Says a lot about the culture of this station. Sad…

We like Forever and watch it as a family, more episodes would be great

you should renew forever if not probable cbs would get it, they have more better show……

Why are you taking forever away. It is brilliant. Please, maybe the numbers are not great but instead of looking for who can give you the most money, give the people who watch something that challenges their minds, not something stupid. Forever has just begun to get good, and who knows how far it could go. I can only hope to see it back on, but it is not up to me, it is up to ABC.

Once Upon a Time IS my favorite show!!! My other favorites are How To Get Away with Murder, The Middle, Modern Family, Grey’s Anatomy, REVENGE & FOREVER. But wait, REVENGE is over??? What??? That was my other real favorite. And I already wrote about my disappointment over FOREVER. 🙁 🙁 🙁

I just found out that ABC is canceling Forever???? That is my favorite show. I don’t watch very much TV so I am so upset by ABC’s decision. When I heard that Ioan Gruffudd was going to be doing a TV series, I was hooked before the first episode. I adored him when he did his Hornblower movies. He is a great actor, is very sexy, etc. The show has a great story line. The chemistry is there between the characters. It also isn’t your standard cop/medical examiner show because of Dr. Henry Morgan’s immortality. It’s awesome to see scenes… Read more »

This Sunday should not be the last episode of Revenge!!!!

Agree. Not a lot of shows on TV that aren’t reality shows. Almost time to cut the cable to tv since everything is reality. If I wanted reality I would film my own life.

Agree, Kathy. We are cutting the cable as it is really upsetting to get involved with a few shows to see them go. By the way, instead of paying cable to watch broadcast TV, stream it for free (as long as you have Internet), the broadcast stations have to provide us the ability to watch for free.

Forever should stay on FOREVER! Cop shows are a dime a dozen; seems as if half the shows on any given day are cop shows. But Forever is different. Yeah, there IS a cop or two around but Henry Morgan is different and special and has a charisma that elevates this show above most of the others on the air. He’s warm, human, caring, self-sacrificing, protective, intelligent, and doesn’t act as if every mystery can be solved with an Uzi submachine gun. The cast has really good chemistry and the writing is good. Henry, as Ioan Gruffudd plays him, is… Read more »