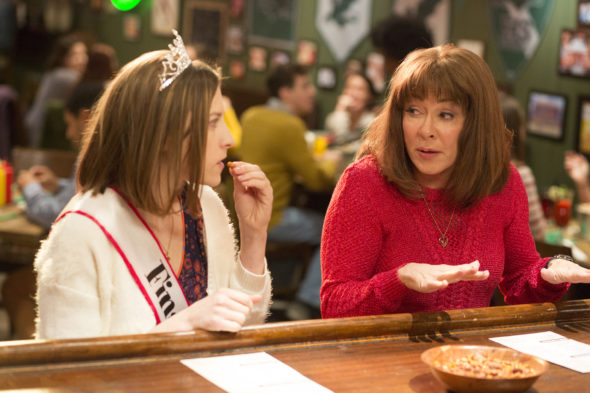 The Middle just wrapped its final season, but could there be another? Recently, co-creator Eileen Heisler spoke with Deadline about a possible reboot for the ABC TV show.

The comedy centers on the Hecks, a middle-class family living in the middle of the country. The cast includes Patricia Heaton, Neil Flynn, Charlie McDermott, Eden Sher, and Atticus Shaffer.

In the interview, Heisler revealed it was the producers’ decision to end The Middle after nine seasons:

ell, it isn’t because we ran out of stories. We had a whole board of stories we never got to. We felt it was a good time to end because we were all still loving it, loving each other, and enjoying ourselves. We never wanted to get to the point where we were retreading old stories, or anyone was feeling restless and wishing they were somewhere else. We wanted to go out while we’re still at the top — (the middle?) — of our game, and to have a year of knowing we were wrapping up so we could write to an ending. We feel very grateful we’ve gotten to do that, and hope we are leaving fans wanting more.”

And what about a reboot? Heisler says ABC wanted more seasons of The Middle:

Our ratings have been great and ABC was very clear they did want more seasons — it was our decision to bring it to a close. And hey… I can’t tell you what’s next… gotta save it for the reboot.  See you in ten years!”

What do you think? Are you a fan of The Middle? Did you enjoy the series finale?

Please bring back THE MIDDLE!

They were canceled! They scrambled to end it and the stories were a hodgepodge way below their high standards. Patricia Heaton was set but the others were not. None of them have done anything else. It was so clever the way they handled Axl and Sue at college by having them on the computer. Loved Loved Loved the show.

I seriously miss the middle a lot

I loved this show, pity its over