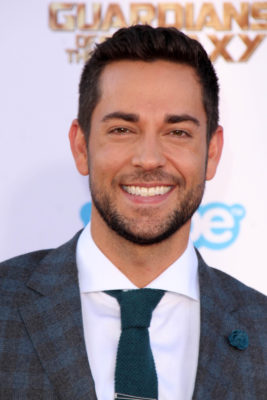 The Marvelous Mrs. Maisel has a new mister. According to The Hollywood Reporter, Zachary Levi has joined season two of the Amazon TV show.

On The Marvelous Mrs. Maisel, Levi will be playing “an eclectic Manhattan doctor who suddenly starts orbiting the Weissman/Maisel world.” Season two is set to debut on Prime Video later this year.

What do you think? Are you a fan of The Marvelous Mrs. Maisel? Are you excited for season two?

Can’t wait for the next season! Surprisingly entertaining.

Looking forward to next season. Surprised the show was so entertaining

We were actually surprised with the show. We didn’t think we would enjoy it, but did. Looking forward to season two.

I am so excited MMM will be returning! Addictive show!!