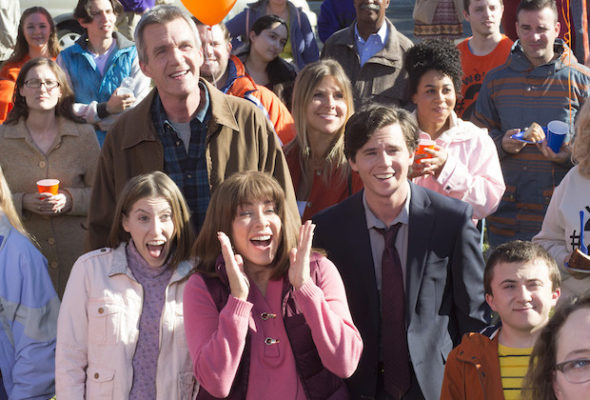 What’s in store for the end of The Middle? Recently, co-creator DeAnn Heline teased the final episode of the ABC TV show, The Wrap reports.

Currently in its ninth and final season, the comedy centers on the Hecks, a middle-class family living in the middle of the country. The cast includes Patricia Heaton, Neil Flynn, Charlie McDermott, Eden Sher, and Atticus Shaffer.

On Twitter, Heline posted a sneak peek at the script for The Middle‘s series finale. Check it out below:

So… we finished breaking the very last episode of #TheMiddle today. Overwhelmed with emotion. I can’t wait for you all to see it. pic.twitter.com/hTV1C4BIKK

What do you think? Are you a fan of The Middle? How do you want the ABC series to end?

An absolute “jewel” of a show … that my wife actually turned me on to (she said I couldn’t watch “zombies” and vampires all of the time … go figure)! I think I could handle another 4 or 5 seasons of this hilarious show!
Sad to see it go .

I really like this show one of the best !!!!

A show my husband and I actually watch together and love!!
We hope Sue and Shawn finally get together-

I hope Sue and Sean get together before the finale, as I’d like to see them happy together.

Love this down home show!!

Loved this show! Was one of the BEST shows still on! Bummed to see it ending!

Crocodile tears to see them go. It was the best show about a real family.

This is one of the best shows on television and it will be missed. It is shameful that it never won an Emmy! As for ending, I guess just happily ever after for everyone in “The Middle.”