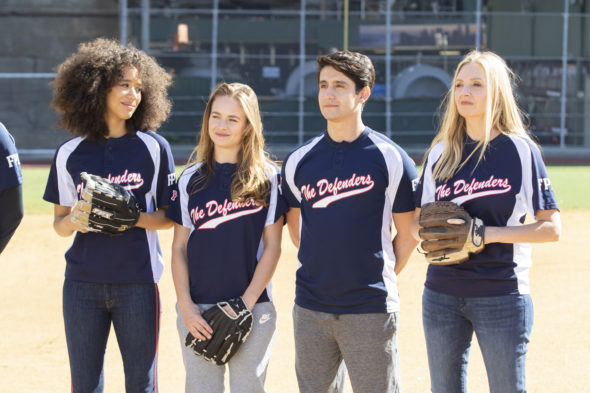 Are you ready to rule on the second season of the For the People TV show on ABC? As we all know, the Nielsen ratings typically play a big role in determining whether a TV show like For the People is cancelled or renewed for season three. Unfortunately, most of us do not live in Nielsen households. Because many viewers feel frustration when their viewing habits and opinions aren’t considered, we’d like to offer you the chance to rate all of the For the People season two episodes here. *Status update below.

What do you think? Which season two episodes of the For the People TV series do you rate as wonderful, terrible, or somewhere between? Should ABC cancel or renew For the People for a third season? Don’t forget to vote, and share your thoughts, below.

PLEASE reconsider the cancellation of this show. I haven’t seen such tremendous writing and acting in years. I love the banter between cast members in the episodes. The issues brought to life each week were relevant to life today. One of my favorites was “I Belong”. Seriously, there wasn’t an episode I didn’t like. I usually recorded shows to avoid commercials. This was one show I watched in real time.

I loved this show. The one about the little boy and his father being held by ICE agents was a real tear jerker. All of the shows have been relevant, meaningful and just downright worth watching. PLEASE reconsider this show. You have not given it a fair shot at success as you always start it in mid season.

This was a great show that i looked forward to watching every week. It’s subject matter was relevant and it ranked up there with How to get away with murder. I didn’t follow it the first season because of poor marketing. Once i saw an episode i was hooked. Bring it back. Ratings will improve with better marketing.

I really love this show, morals, respect, compassion…. I LOVE IT ♥️

I absolutely loved this show and I’m so disappointed in the cancellation. Please, please reconsider!!

Please reconsider cancelling “For the People”. It has been one of the best shows on ABC.

Please rethink cancelling For the People. It’s a good show.

This is an outstanding young series that combines drama, humor, great acting,
Incites soul searching of social justice and human interest. The cancellation of this series in just another demonstration of how out of touch ABC management and their ranking tools have become. Why don’t you cancel Neilson ratings and reverse tv’s dumbing down trend in the process. Incredibly poor judgement, incredibly stupid decision. No wonder streaming apps like HULU and Amazon and doing so well.

I cannot believe this show is being canceled. I found it inspiring & hopeful, bringing to light some true issues in our country. Perhaps all the legal representations are not completely accurate, but if it makes some in our society aware of issues that are not highlighted anywhere else, then it is useful. The light dose of humor makes it just more appealing to watch. There is nothing else like this in any network. So sad to hear it is ending.

Great show hope it gets a third season

Very well written and interesting show! Love the action at the Southern District of New York! Please renew this show!

Talk about the passion & drive these young attorneys have! These variables make each script more intense and true-to-life…not “Just TV”. Bring back another season of this alurring drama!