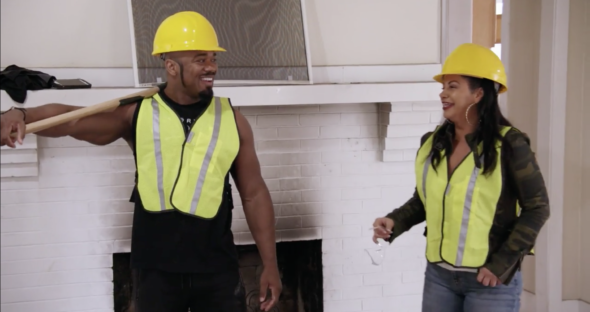 Could you work with your ex? Bravo just announced the premiere date for their new TV show, Flipping Exes.

After their breakup, Nina and Michael realized the very things that drove a wedge in their relationship makes them successful business partners. As a realtor, Nina’s client roster includes everyone from professional athletes to CEOs, while Michael is a former financier who turned his savviness with numbers into overseeing construction and operations. There is plenty of bickering and playful flirtation between the two as Michael tries to manage Nina’s expensive taste while staying on budget. It’s not always a walk in the park with this couple, as they are often triggered by baggage left over from their personal relationship.

What do you think? Are you a fan of home renovation series? Will you watch Flipping Exes?

I’m watching and I think the concepts is cute. Nina is annoying and not that knowledgeable in design. This is definitely not a good replacement for Jeff Lewis Flipping Out. Jeff Lewis is the best.

Loving this show. Great design and fun to watch. It’s a great replacement for Flipping Out. Please don’t cancel this! You guys advertised it to death before it previewed and now I’m not seeing any ads for it. Why is this?

I have no idea how this show is even on her language is awful as is her talent.

I really enjoyed watching Flipping Exes. I liked the fun-loving attitude the exes have with each other. Hope it stays on TV.

I will definitely watch this show. Hopefully it will not be pretentious like that flipping Vegas with that marunday couple on HGTV.