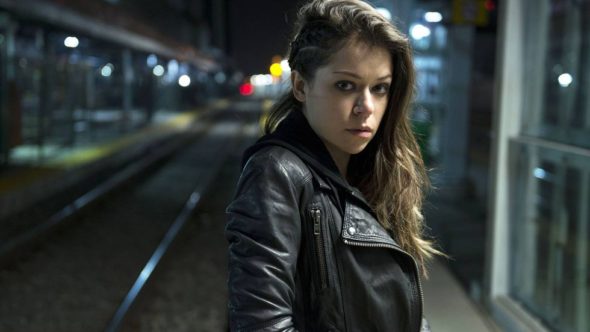 Orphan Black fans are in for a treat. Variety reports Tatiana Maslany is reprising her role in the BBC America TV show for a new audio series.

A sci-fi drama, Orphan Black stars Maslany as Sarah, a young woman who discovers she is one of several clones at the center of a vast conspiracy. The cast also includes Jordan Gavaris, Dylan Bruce, and Maria Doyle Kennedy. The series ran on BBC America from 2013 to 2017.

Maslany is already attached to reprise her role(s) in the 10-part audio series, which is slated for release this summer.

What do you think? Are you a fan of Orphan Black? Will you listen to the audio series?

I was excited to hear Orphan Black was coming back on until I saw it was going to be an audio series. Please bring back the Tv series I like to see the characters in action!

Audio will not be good enough. We need the tv show brought back. Thanks.

I am a huge fan of the Orphan Black series and of the amazing talents of Tatiana Maslany, as well as the entire cast. I was heart broken to see it all end. I love the idea of an audio series. Hopefully it will reprise a continuation of the T.V. series. Super excited!!!!