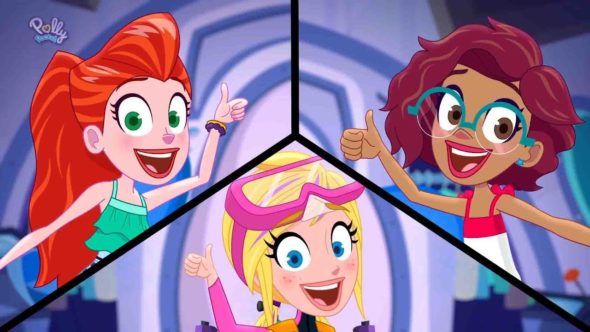 Based on the toy franchise of the same name, the animated series follows Polly as she “inherits a magic locket that gives her the power to shrink to four inches tall. Now equipped with Tiny Power, Polly leads her friends Shani and Lila on various adventures.”

Universal Kids has picked up the first two seasons of Polly Pocket. Season one is slated to debut this summer.

What do you think? Did you play with Polly Pocket toys as a kid? Will your kids watch the Polly Pocket TV show?