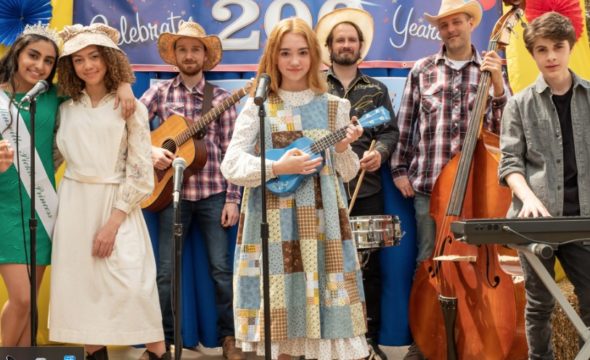 Holly Hobbie is coming to Universal Kids! The network announced that the series will make its debut on the network on December 5. The series originally aired on Hulu. The character was created by writer Holly Hobbie., and Ruby Jay stars on the television series as Holly.

Universal Kids revealed more about Holly Hobbie and its characters in a press release. Check that out below.

“Holly Hobbie, a 13-year-old girl, is an aspiring singer-songwriter who isn’t afraid to fight for what she believes in, even if it’s not the norm. Hailing from the small town of Collinsville, her goal is to save the world, starting with her hometown. The series tackles themes such as friendship, bullying, and family struggles.

Holly Hobbie: She is an ambitious, determined and positive role model for girls.

Amy: She is Holly’s best friend and an honorary member of the Hobbie family. Unlike Holly, she is more interested in boys.

Piper: She is the new girl in town and tends to ruffle feathers between Holly and Amy.

Grandma Helen: She owns the town’s central café where Holly works and performs in the weekly open mic nights.

What do you think? Will you watch Holly Hobbie on Universal Kids with your family? Did you watch the series when it aired on Hulu?