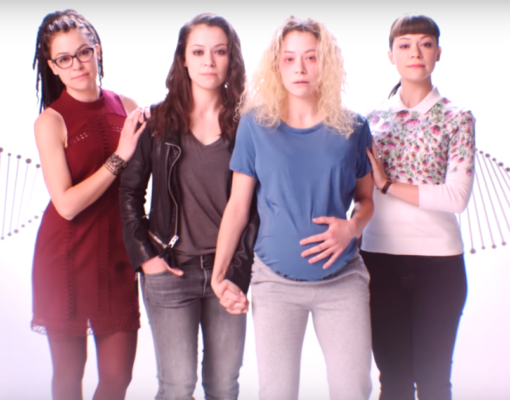 Are you a big fan of Orphan Black? Variety reports AMC is developing a new TV show based on the BBC America series.

A sci-fi drama, Orphan Black follows Sarah (Tatiana Maslany), an orphan who discovers she is one of many clones. The cast also includes Jordan Gavaris, Dylan Bruce, and Maria Doyle Kennedy.

According to Variety, AMC is developing a new project set within the Orphan Black universe. Few details have been released, but the series is being produced by the same studio as the original series, Temple Street Productions.

What do you think? Have you seen Orphan Black? Would you watch new series?

I would watch this show forever as long a Maslany was the actress in it. She is incredible talented

I also think it was the best show ever. Tatiana is certainly the best actress ever. I can’t imagine doing all those parts so flawlessly.

was just about best show ever

I would definitely watch it. I was a faithful follower of the BBC version.

Orphan Black was amazing. Hope they can do it justice. Hard to top the original.

Definitely would watch Tatiana’s in another program. Very talented…

Sounds like a promising idea. I hope I S executed well. I loved-and still love-Orphan Black. Tatiana Maslany needs to be back!