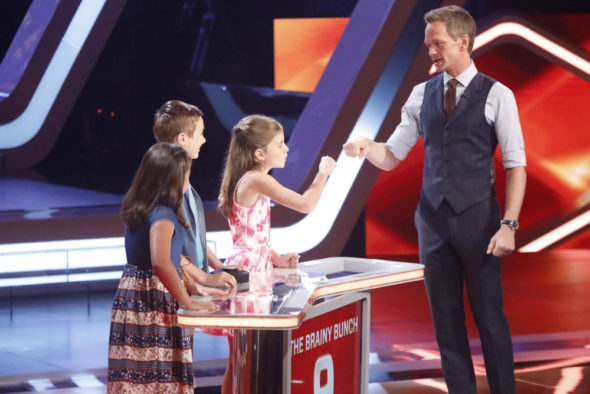 Does the first season of the Genius Junior TV show on NBC get it just right? As we all know, the Nielsen ratings typically play a big role in determining whether a TV show like Genius Junior is cancelled or renewed for season two. Unfortunately, most of us do not live in Nielsen households. Because many viewers feel frustration when their viewing habits and opinions aren’t considered, we’d like to offer you the chance to rate all of the Genius Junior season one episodes here.

An NBC TV game show featuring contestants between the ages of eight and 12, Genius Junior is hosted by Neil Patrick Harris. The TV series showcases incredibly bright children facing off against each other and the clock. As the game unfolds, they compete to solve increasingly difficult quizzes. Subjects range from geography, math, and spelling, to feats of memory, and more. At the end of each episode, that week’s winning team gets to face “The Cortex,” a tough intelligence test which provides the players with the opportunity to build up their prize fund. The winning team leaves with a “Genius Junior” grant, to help them prepare for their future.

What do you think? Which season one episodes of the Genius Junior TV series do you rate as wonderful, terrible, or somewhere between? Should NBC cancel or renew Genius Junior for a second season? Don’t forget to vote, and share your thoughts, below.

First few episodes were cute and fun. The same premise over and over again with this type of show gets boring after while. To survive they should switch up challenges intead of the same routine every week!

I was shocked the Fast & the Curious didn’t get to keep their previous winnings or did they? They were the ONLY team to complete the entire brain cortex. They were way ahead in the regular score game and were only 2 questions behind in the cortex. Shouldn’t they be the REAL CHAMPIONS???