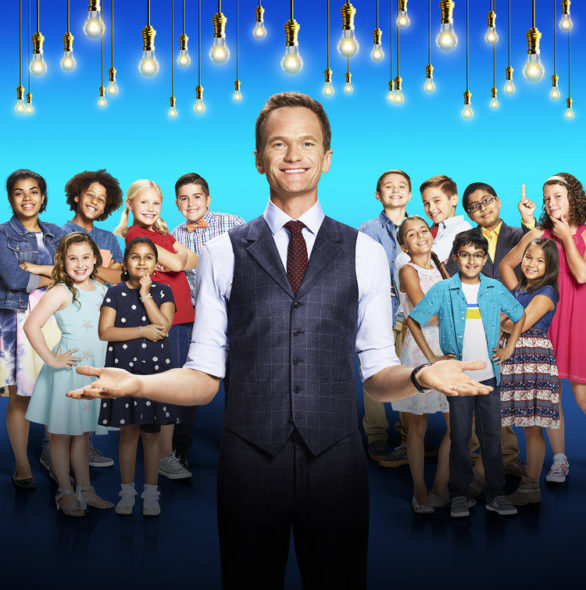 The show kicks off with 12 teams facing off against each other and the clock. As the game unfolds, they compete to solve increasingly difficult quizzes. Subjects range from geography, math, and spelling, to feats of memory, and more.

Each of the four rounds of play is more difficult than the previous one. The kids are divided into teams of three. Together, they’ll work to best their competition.

At the end of each episode, that week’s winning team gets to face “The Cortex,” a tough intelligence test which provides the players with the opportunity to build up their prize fund. The winning team leaves with a “Genius Junior” grant, to help them prepare for their future.

Series Finale:
Episode #10 — Hope for the Future
After astonishing semi-finals, three “Genius Junior” teams head for the finals. Ashley, Rodrigo, and Shivani of “The Dork Side” will face Treasure, Sebastian, and Apoorva of “The Fast and the Curious,” along with Michi, Jackson, and Ugochi of “Geeks on Fleek.” In the Human GPS round, finalists memorize the constellations. One team is eliminated, and two will face off for Extreme Number Cruncher and then a complex Talking Dictionary. Ultimately, the teams take on the toughest Cortex ever and the team that gets the farthest or completes “The Cortex” in the fastest time is crowned “Genius Junior” champion.
First aired: May 13, 2018.

What do you think? Do you like the Genius Junior TV series? Should this TV show have been cancelled or renewed for a second season on NBC?

I hope the show continues. Very entertaining. I learned a lot about the kids. When does it start again??

I hope this show does NOT get canceled. I look look forward to seeing these amazing kids every Sunday evening.

I hope this show is NOT canceled. I look forward to watching on Sunday evening .

I love this show even got my sister and her husband watching it. Those kids are unbelievable. We couldn’t figure out what happened to the finals. Please don’t cancel this. One of the better shows on TV.

This is one of my favorite shows. I really love it!! Hoping for a season 2

I LOVE LOVE LOVE this show and am looking forward tl season 2.

I loved it! Kids are amazing and shows just how super bright some kids are! Crazy how they can do the math, spelling and memorization! Love to see about their home life too.

It Should Stay On Air.

I found the show to be boring. Don’t get me wrong…I love quiz shows…I love to tax my brain…I admit I’m clueless…It’s not fun to watch kids answering questions ordinary, average people can’t even touch. In order for a show to succeed it has to engage the audience…this just doesn’t do it…