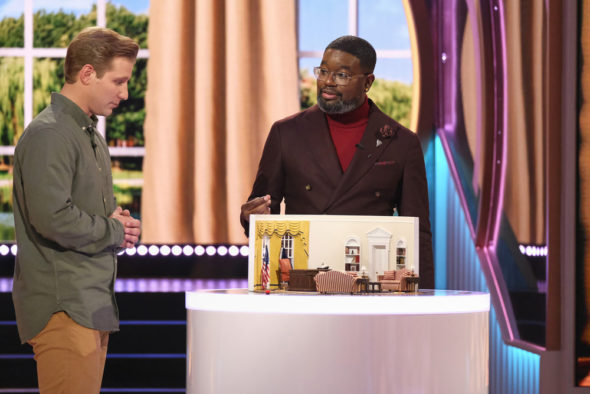 There’s a little bad news for fans of the Small Fortune TV series. NBC has cancelled the competition series so there won’t be a second season.

Based on the British game show of the same name, the Small Fortune TV series is hosted by Lil Rel Howery. In each episode, teams of three people from various backgrounds (first responders, Olympians, etc.) compete in the tiniest of challenges for a chance to win big money. In order to win, players must face heart-pounding tasks set in real-world destinations that test their precision and technique. Teams that make it to the end must tackle one last teeny-tiny and epic game — the “Big Little Heist”. If players can control their nerves and avoid the slightest mistake, they will walk away with a $250,000 cash prize.

The first season of Small Fortune averaged a 0.29 rating in the 18-49 demographic and 1.40 million viewers in the live+same day ratings (including DVR playback through 3:00 AM). While these numbers don’t include further delayed or streaming viewing, they are a very good indicator of how a show is performing, especially when compared to others on the same channel. Airing during the summer of 2021, Small Fortune was the network’s lowest-rated series in both the demo and overall viewers.

First reported by Deadline, Small Fortune is the second unscripted NBC series to be cancelled this week. Ellen’s Game of Games has also been dropped, after four seasons.

Check out our NBC status sheet to track the peacock network’s new series pickups, renewals, and cancellations. You can find lists of cancelled shows here.
What do you think? Have you seen the Small Fortune TV series on NBC? Are you disappointed that this game show hasn’t been renewed for a second season?