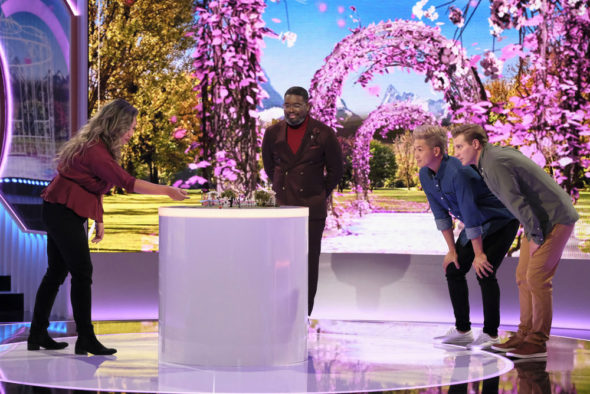 Will the small challenges lead to big money in the first season of the Small Fortune TV show on NBC? As we all know, the Nielsen ratings typically play a big role in determining whether a TV show like Small Fortune is cancelled or renewed for season two. Unfortunately, most of us do not live in Nielsen households. Because many viewers feel frustrated when their viewing habits and opinions aren’t considered, we invite you to rate all of the first season episodes of Small Fortune here.  *Status Update Below.

An NBC game show, the Small Fortune TV series is hosted by Lil Rel Howery. In each episode, teams of three people from various backgrounds (first responders, Olympians, etc.) compete in the tiniest of challenges for a chance to win big money. In order to win, players must face heart-pounding tasks set in real-world destinations that test their precision and technique. Teams that make it to the end must tackle one last teeny-tiny and epic game — the “Big Little Heist”. If players can control their nerves and avoid the slightest mistake, they will walk away with a $250,000 cash prize.

What do you think? Which season one episodes of the Small Fortune TV series do you rate as wonderful, terrible, or somewhere between? Do you think that Small Fortune should be cancelled or renewed for a second season on NBC? Don’t forget to vote, and share your thoughts, below.