The animated series “chronicles the illegitimate son of Zeus, a young man tasked with saving heaven and earth despite the interference of a vengeful goddess and her monstrous forces.” The voice cast includes Jason O’Mara, Mamie Gummer, and Chris Diamantopoulos.

Netflix has ordered eight episodes of Gods & Heroes. A premiere date has not yet been announced, but you take a look at the poster below: 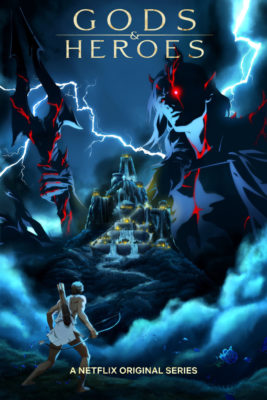 What do you think? Are you a big anime fan?  Will you check out Gods & Heroes?