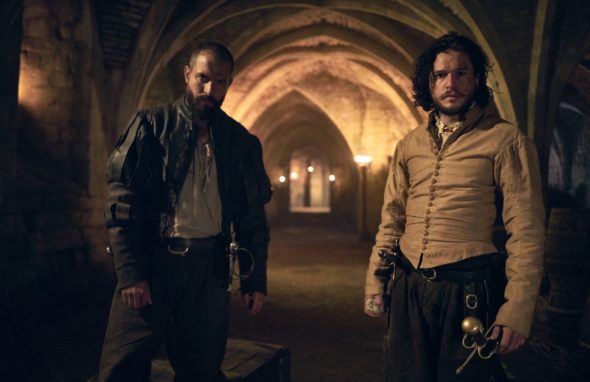 Although it sounds like the eighth and final season of Game of Thrones won’t premiere until 2019, fans don’t have to wait that long to see more Kit Harington on their screens. The Gunpowder premieres on Monday, December 18, 2017 at 10:00pm, and HBO has released episode photos and descriptions. Check them out, below.

About Gunpowder on HBO

Every year on Nov. 5 the English mark the discovery of the Gunpowder Plot in London in 1605 with bonfires and fireworks. Though known as Guy Fawkes Day because many people believe Fawkes devised the plot, the actual driving force was Robert Catesby, a 30-year-old Warwickshire gentleman.

GUNPOWDER, a three-part thriller based on the real-life 17th century events that led to Guy Fawkes Day, debuts MONDAY, DEC. 18 (10:00–11:00 p.m. ET/PT), followed by the other parts the subsequent two nights — TUESDAY, DEC. 19 and WEDNESDAY, DEC. 20 — at the same time, exclusively on HBO in the U.S. Originally commissioned by BBC One in the U.K., the mini-series is produced by Kudos (part of Endemol Shine Group) in association with Thriker Films, originally for BBC One.

The show will also be available on HBO On Demand, HBO NOW, HBO GO and affiliate portals.

Harington, who is also a co-executive producer on the show, has a personal connection to the real-life source of GUNPOWDER. The actor is a descendant of Robert Catesby, the central figure in the story, and plays him in the show. A committed Catholic at a time when Protestant England persecutes Catholics relentlessly, Catesby’s refusal to abandon his religion brings him to the edge of financial, social and psychological ruin. Mark Gatiss plays Robert Cecil, King James’ spymaster, who directs efforts to hunt down, torture and kill priests, while rank-and-file Catholics are subject to oppression and the loss of their property.

Peter Mullan portrays head Jesuit Father Garnet, whose peaceful protestations have little effect on Catesby. Liv Tyler plays Anne Vaux, Catesby’s astute and capable cousin, who becomes suspicious about his activities and fears the consequences will be the exact opposite of what Catesby intends.

GUNPOWDER chronicles the evolution of the plot, the selection of collaborators to carry it out, the gathering of resources and the obstacles to its execution, even as Catesby’s team plays a deadly cat-and-mouse game with Cecil’s ruthless spy network.

England, 1603: After the death of Elizabeth I, English Catholics are persecuted and mass is forbidden under the rule of King James I (Derek Riddell). In Warwickshire, a small, secret ceremony is interrupted by the King’s men, who are searching for a young Jesuit priest (Thom Ashley). When the priest and the lady of the house, Dorothy Dibdale (Sian Webber), are captured and gruesomely executed, a young nobleman, Robert Catesby (Kit Harington), resolves to avenge his kin and defend his faith by any means necessary. Meanwhile, in London, Secretary of State Lord Robert Cecil (Mark Gatiss) advises the King to bring down a heavy hand on the papists, ordering William Wade (Shaun Dooley), lieutenant of the Tower of London, to hunt down Catesby and Father Henry Garnet (Peter Mullan), the head Catholic in England.

Catesby (Kit Harington) and his close friend Thomas Wintour (Edward Holcroft) travel to mainland Europe to seek the assistance of the Catholic King of Spain, but the brutal actions of the King’s representative, the Constable of Castile (Pedro Casablanc), force Catesby to find allegiances in his own country. In England, Lord Cecil (Mark Gatiss) enlists a spy, and puts pressure on Catesby’s cousin, Anne Vaux (Liv Tyler), in hopes of determining his whereabouts. In Flanders, Catesby and Wintour are introduced to Guy Fawkes (Tom Cullen), whose expertise in logistics and explosives could prove helpful. Returning to England, Catesby and his supporters work out the logistics for a bold plan to overthrow King James (Derek Riddell).

As Catesby (Kit Harington) and his men load 6,000 pounds of gunpowder into a secret cellar underneath Parliament, Father Garnet (Peter Mullan) is visited by the Constable of Castile (Pedro Casablanc), who pressures him to reveal details of Catesby’s plot. An unwitting revelation allows the King (Derek Riddell) to catch wind of the plan, with Lord Cecil (Mark Gatiss) tasked to root out the conspirators. Anne (Liv Tyler) implores Catesby to flee the country for the sake of his young son (Tom Sweet), as Cecil and his henchmen close in. 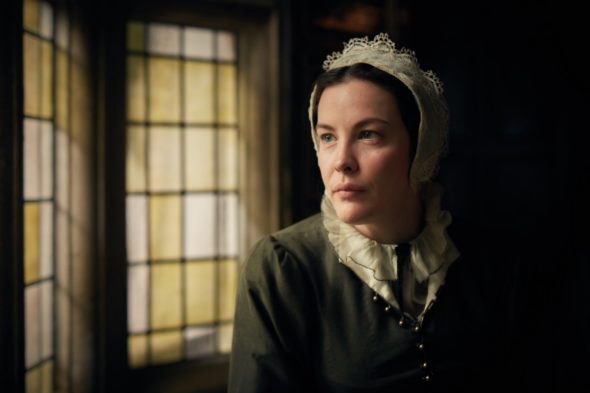 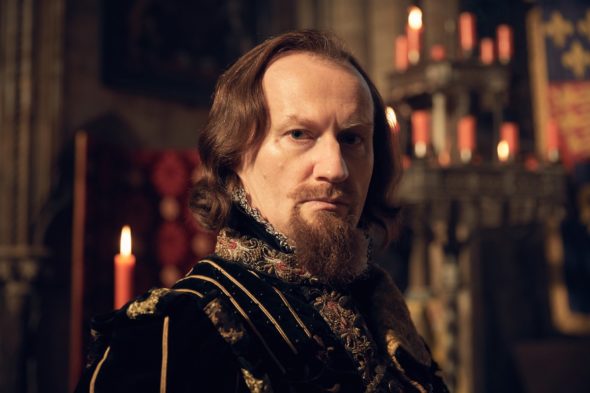 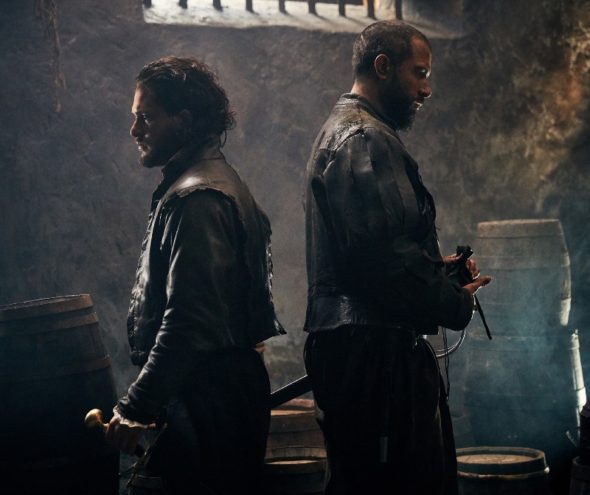 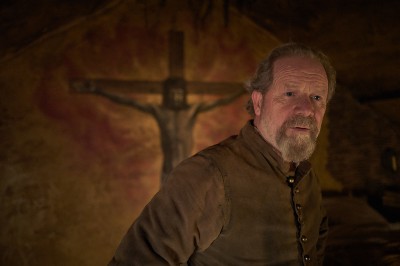 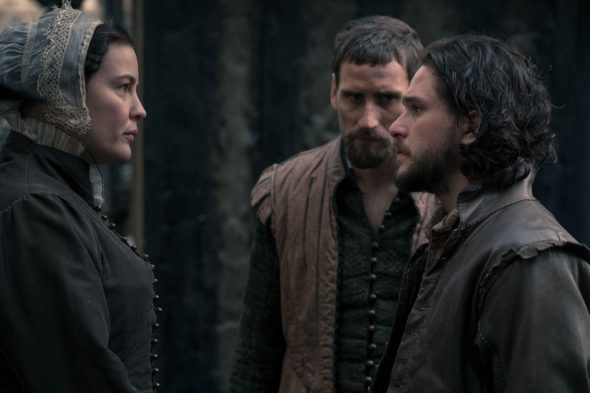 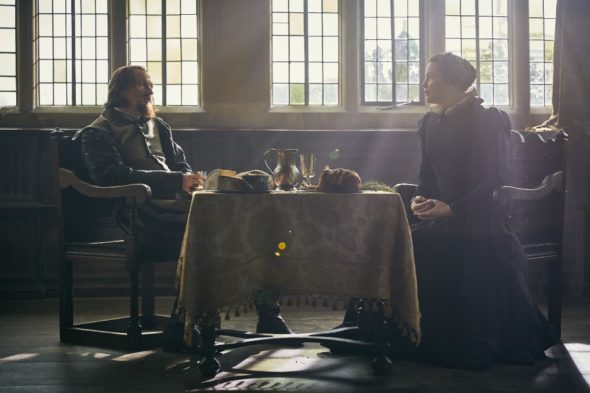 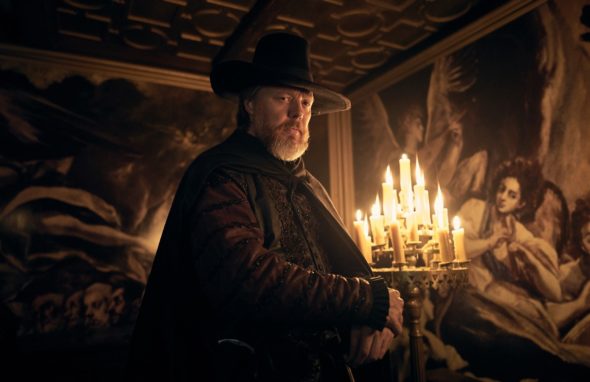 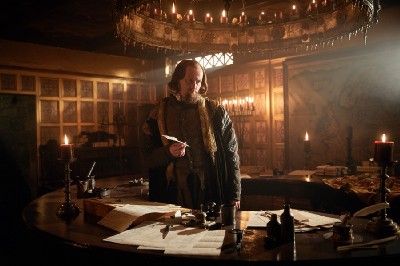 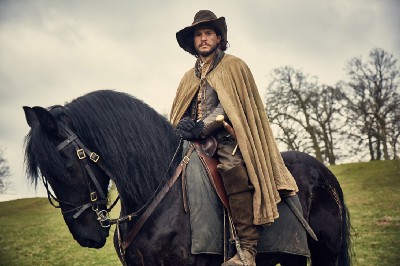 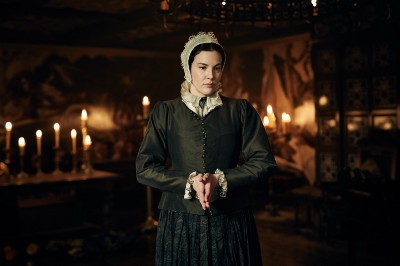 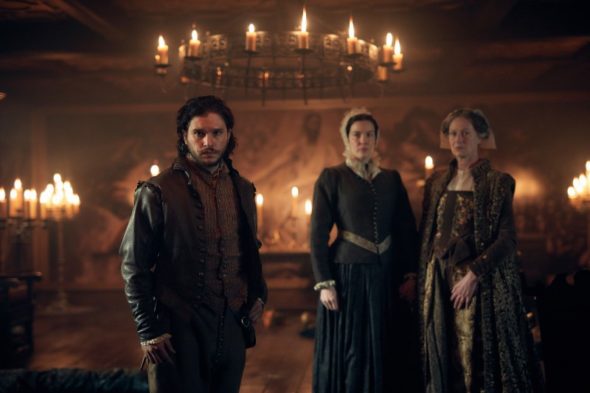 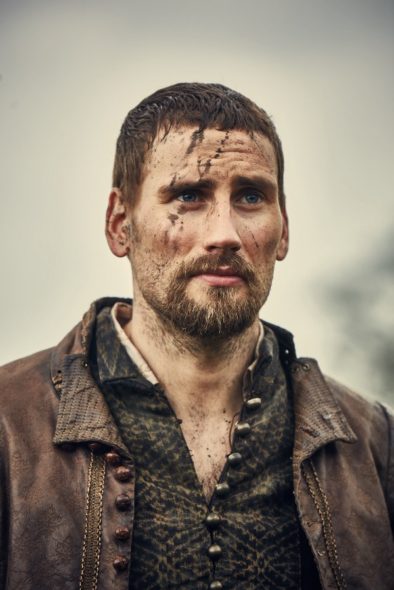 What do you think? Do you plan to check out the Gunpowder TV series premiere on HBO? Let us know, below.

This series is in a word dreadful the casting was poor and the writing was unbelievably bad. That may sound harsh but this is based on a true story they had the script already laid out they had no time constraints. Yet and even with all that work already done for them they did a dreadful job telling the story. If you want to be bored and watch unbelievably bad acting then this is the series for you. Kit should have stuck to the game of thrones his acting in this fell short. The character he played was poorly written… Read more »