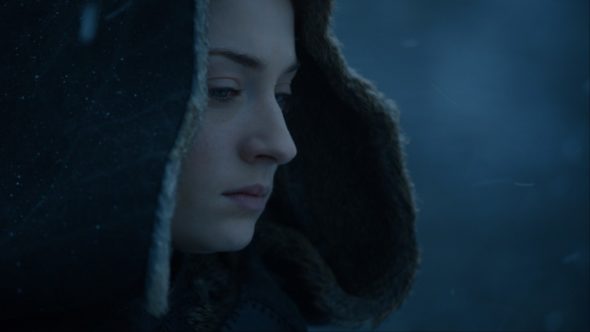 Although you probably didn’t expect Santa to bring the eighth and final season of the Game of Thrones TV show on HBO, now it looks as though the Easter Bunny probably won’t leave it your basket either — in 2018, at least. According to Sophie Turner, who stars as Sansa Stark, it sounds like Game of Thrones, season eight, will premiere in 2019, instead.

Where are you at in production on season eight?
We started in October, so we’re maybe like a tenth of the way through. [Laughs.] No, no, we’ve got six or seven months left.

Is there a consciousness on set of the fact that this is the last season?
There definitely is. When we all had the read-through for the final season, it was very, very emotional. For the first time in “Thrones” history, we had everyone there. All of the Americans wanted to come over. Every single cast member was pretty much there. We’re all kind of feeling the end of it coming. We’re all staying in town a little longer, going out for more meals, trying to get together more. We’re all trying not to take it for granted any more.

Are you excited for next year, with “X-Men: Dark Phoenix” and season eight of “Game of Thrones” set to premiere?
Yeah, I’m really excited. “Game of Thrones” comes out in 2019. “Dark Phoenix” is in November. Then I have a couple indie movies coming out. I’m a producer on my next movie [“Girl Who Fell From the Sky”]. So I’m really excited about the future.

What do you think? Are you still a fan of the Game of Thrones TV series? Do you plan to watch the eighth and final season on HBO?