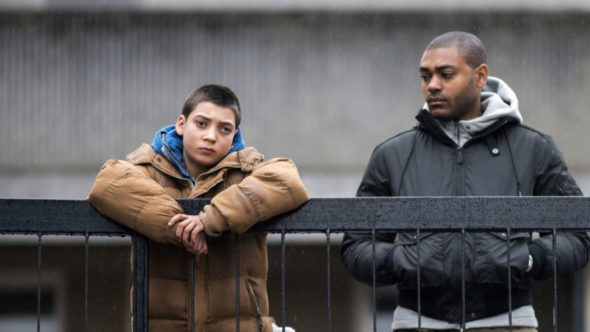 Netflix has ordered a third season of the Top Boy TV show, which was cancelled after two seasons on UK Channel 4. An east London crime drama, Top Boy comes from creator and writer Ronan Bennett. Interestingly enough, it seems DeGrassi veteran, musician, and producer Drake is responsible for the Top Boy season three renewal and will serve as an executive producer on the new installment.

Although the news is not yet up on the Netflix media center, Deadline has confirmed the streaming service has renewed Top Boy for season three. Here’s more:

The new episodes will pick up as Dushane (Ashley Walters) returns from exile to his home in London to reclaim his throne in the highly lucrative drug market. He teams up with Sully (Kane Robinson), his spiritual brother, partner, and sometime rival who is also returning to the same streets after his own form of exile – prison – comes to an end. Awaiting them both is Jamie, the young, hungry and ruthless gang leader whose ambitions leave no place for Dushane and Sully.

The new chapter will be written by Bennett and executive produced by the original creative team – Charles Steel and Alasdair Flind (for Cowboy Films), Ronan Bennett (for Easter Partisan) and Yann Demange. Also exec-producing this time around will be entertainer and producer Drake and his business partner Adel “Future” Nur, along with Maverick Carter and Jamal Henderson for SpringHill Entertainment.

Said Bennett, “I am delighted to be reunited once more with the Top Boy team – our wonderful cast and my partners at Cowboy Films – and to have Drake and SpringHill as new collaborators. And I could not be prouder to be doing the show with Netflix.”

“We couldn’t be more excited for Netflix members around the world and a new generation of fans to discover the authentic, raw and real world of Top Boy,” said Cindy Holland, Vice President, Original Content for Netflix. “Drake came to us several months ago with a passion to help bring this series back to life, and we’re thrilled to support the original creative team to do just that.”

Top Boy, seasons one and two, are currently available with a Netflix subscription.

What do you think? Have you watched the first two seasons of the Top Boy TV series? Do you plan to check out season three when it drops to Netflix?

It kepted me on the edge of my seat. It was so true to what really goes on in the drug trade. The ruthlessness, rivalry, betrayal and backbiting is true to form! I will be watching the third series.
Dudlita…

About time someone did a 3rd season of
TOP BOY, cos it was just left wide open at the end of the 2nd season, can’t wait to see how it’s gonna top the first two seasons cod they were proper wicked,

Netflix should revive The Bridge for a third season.

if they bring back a show like this, surely we can get a secret diary of a call girl movie!

Since Netflix has revived Top Boy for a third season, could they revive more UK TV series for next seasons? Such as Home Fires, The Halcyon, Indian Summers, Brief Encounters, Jekyll and Hyde, Jericho (2016 TV series) and Beowulf: Return to the Shieldlands. Netflix should also revive Primeval: New World for a second season. Netflix needs to revive The CW shows for next seasons. Like Star-Crossed, The Carrie Diaries and The Tomorrow People.